And the winners for the Cybils Awards for nonfiction books go to... 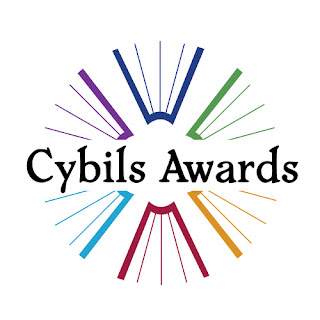 The Cybils Awards were announced today. Check out the full list of winners here.

As a judge for the nonfiction finalists I am pleased to announce the winners for our three categories. All of the finalists were EXCELLENT this year and the team of judges had a hard time picking one favorite from among so many great books.

STAMPED: RACISM, ANTIRACISM, and YOU by Jason Reynolds and Ibram X. Kendi

Stamped: Racism, Antiracism, and You remixes Ibram X. Kendi’s award-winning study of racism, Stamped from the Beginning, as Jason Reynolds invites young adults to grapple with this difficult but necessary topic to be addressed. Reynolds’ fresh voice outlines racism in America from the birth of this nation to current times, providing common ground for discussion and setting the stage for a better, more just future. Gripping and compelling, relevant and timely, Stamped will spark necessary conversations with readers of all ages. 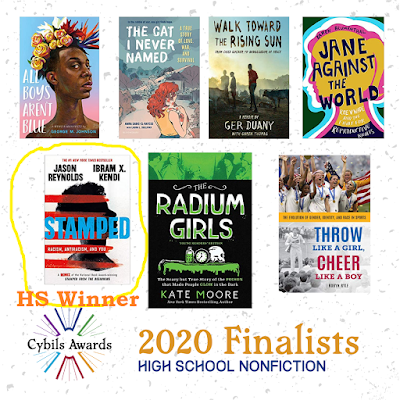 ALL THIRTEEN: THE INCREDIBLE CAVE RESCUE OF THE THAI BOYS SOCCER TEAM by Christina Soontornvat

Coach Ek knew that his Wild Boars soccer team would like exploring the Sleeping Lady Cave. So the teens and coach rode their bikes there, kicked off their sandals outside, and started an afternoon trip into the cave… just as torrential rains fell on the limestone mountains nearby. The shallow water they splashed through going in became a raging torrent before they could get back out! When they didn’t come home that night, their families and local authorities began the search. Hundreds of experts from across Thailand and around the world worked for 17 days, fighting against the twisting cave passages, the underground river’s power, and time itself. All Thirteen: The Incredible Cave Rescue of the Thai Boys' Soccer Team by Christina Soontornvat unfolds this real life rescue mission and features interviews, scientific explanations, and information on Thai culture and religion in a narrative that will keep middle grade readers riveted. 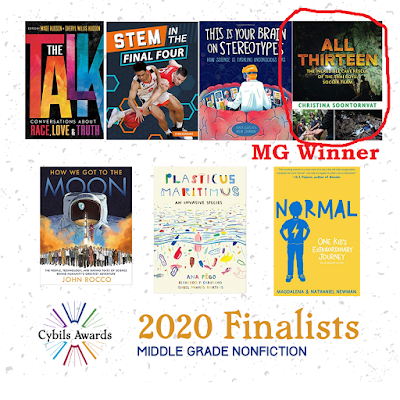 THE NEXT PRESIDENT: THE UNEXPECTED BEGINNINGS AND UNWRITTEN FUTURE OF AMERICA'S PRESIDENTS  by Kate Messner

When you look at the presidents’ pictures, can you imagine what they did before they were elected or they were like as kids? The Next President: The Unexpected Beginnings and Unwritten Future of America’s Presidents shows fascinating ‘snapshots’ in time highlighting how many presidents were alive at the same time. When Washington was inaugurated as our first president in 1789, there were nine future presidents living, including the seven year old farm boy who became our eighth president. Interesting connections thread through the spotlighted years, such as service in the military, loving the outdoors, pets, studying law, and working hard at many types of jobs. While history is often taught in specific periods or units, The Next President reminds us that all history is connected and is not isolated. “So where is the next president?” asks author Kate Messner. “At least ten of our future presidents are probably alive today.” Readers, that could be you! 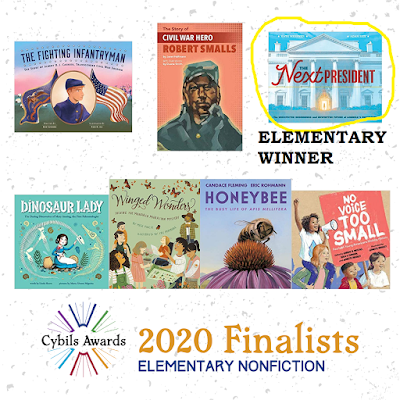 For the next 20 days please look for my reviews which I wrote after reading each selection but did not publish until now. One or two reviews will drop every day. So come on back to read about these wonderful books often. (The list of books below will be hyperlinked and will be updated with hyperlinks as the book reviews drop.) The reviews of the winning titles have dropped already and the hyperlinks are live. Please read them by clicking on the titles above.

-All Boys Aren't Blue: a Memoir-Manifesto // Johnson
-Jane Against the World // Blumenthal
-Stamped: Racism, Antiracism, and You // Reynolds WINNER
-The Cat I Never Named // Sabric-El-Rayess
-Throw Like a Girl, Cheer Like a Boy // Ryle
- Walk Toward the Rising Sun // Duany
-The Radium Girls: Young Reader's Edition // Moore
Middle-Grade Nonfiction finalists:

-How We Got to the Moon //Rocco

-STEM in the Final Four // Marquardt

-This is Your Brain on Stereotypes // Kyi

-The Talk: Conversations on Race, Love, and Truth // Hudson

-The Next President // Messner WINNER

-No Voice Too Small // Metcalf

Email ThisBlogThis!Share to TwitterShare to FacebookShare to Pinterest
Labels: Cybils