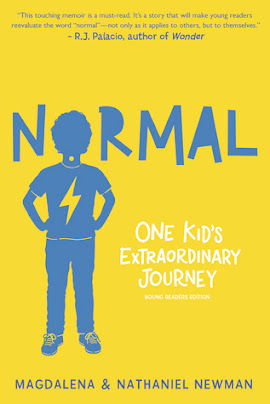 Normal: One Kid's Extraordinary Journey (Young Reader's Edition) is a memoir written by a mother-son duo. Nathaniel Newman and his mother, Magda, tell the story of his growing up with the same craniofacial syndrome as the boy, Auggie, in the book/movie Wonder. 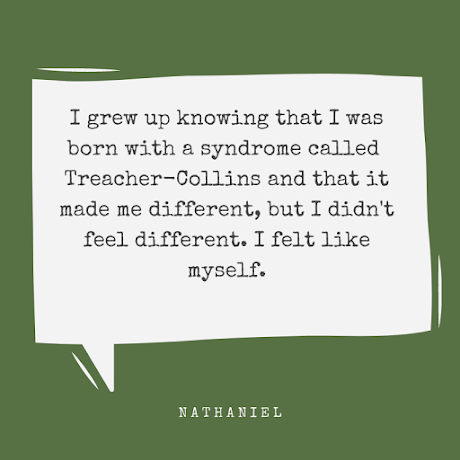 By the time Nathaniel was fifteen he'd endured over 65 surgeries to his face and neck. He and his family had moved eight times which required making all new friends every time. Yet he and his family tackled ever situation with love and resilience.

Wonder by R.J. Palacio was published when Nathaniel was eight. It's publication had a huge impact on Nathaniel and his family.  Nathaniel and his family were involved in the making of the "Wonder" movie. Nathaniel was even given a screen test to see if he could act the part of Auggie but the director opted for using an actor wearing makeup and a mask. Wonder also helped his brother, Jacob, tremendously because he had had to cope with all the bullying directed toward Nathaniel. 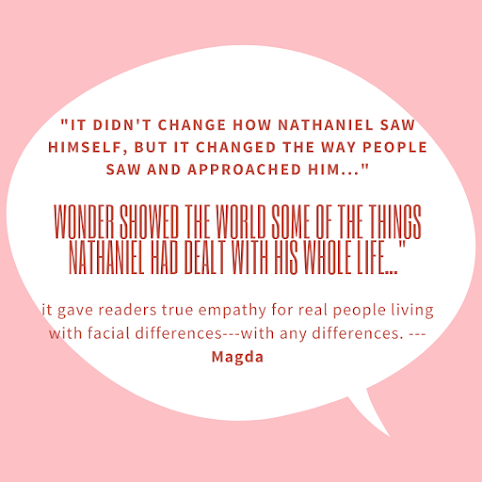 The book is written in an engaging way, seamlessly moving back and forth between mother and son dialogue. It also utilizes hilarious black and white cartoons that help the reader know Nathaniel and his sense of humor better.This is an example from the dedication page: 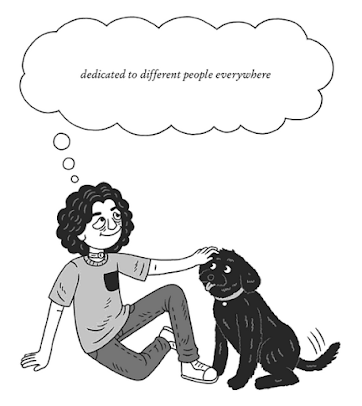 Source: Print edition checked out from the public library.

Posted by Anne@HeadFullofBooks at 10:17 AM