What I Saw and How I Lied by Judy Blundell

Winner of the National Book Award(Children's Division) for 2008 this suspenseful thriller will not disappoint. Set in post-WWII, Evie Spooner discovers that adults aren't always what she thinks they are and this revelation causes her to have to grow up quickly.

Here's what the reviewer for Booklist says about the book: "Evie must sort through secrets, lies, and her own grief to find the truth. Using pitch-perfect dialogue and short sentences filled with meaning, Blundell has crafted a suspenseful, historical mystery that not only subtly explores issues of post–WWII racism, sexism, and socioeconomic class, but also realistically captures the headiness of first love and the crushing realization that adults are not all-powerful."

I recognize that most teens today want stories that they can relate to so this may not be the first book that they pick up but if they do it will appeal to all types of readers- those who like reading mysteries, romance, and/or historical fiction will all find something to enjoy in this book. One thing that I really appreciated was how Blundell used slang and verbiage from the decade. It made it seem very authentic.

YA Lit, Audio-book format, 4 out of 5 stars.
Posted by Anne@HeadFullofBooks at 1:04 PM No comments:

It happens to me about once a year...I get the Jane Austen bug and the only treatment is full immersion in anything Jane.

This year instead of rereading actual Austen novels I read several modern novels about Austen characters or in her style:

-Confessions of a Jane Austen Addict by Laurie Viera Rigler--A modern Austen fan hits her head in a diving accident and wakes in Regency England in the body of Jane Mansfield and finds love with a very Austenish man. Not high literature, for sure, but I enjoyed this and have found some other fans among my teen readers.

-Rude Awakenings for a Jane Austen Addict by Laurie Viera Rigler--Hum. Wonder what this will be about? Right. Jane Mansfield, from Austen's time period, hits her head in a riding accident and awakes in modern times in Los Angeles. I didn't care for this one as much as the first book but it did have a bit of charm.

-The Diary of Captain Wentworth by Amanda Granger--The diary of Frederick Wentworth begins eight years before Persuasion when he meets, courts, and falls in love with Anne Eliott, then picks up eight years later when he once again comes in contact with Anne. I enjoyed this book quite a lot. It helped me to imagine details only hinted at in Persuasion.

-These Three Remain by Pamela Aiden--The third book in the trilogy taking Pride and Prejudice from Fitzwilliam Darcy's point-of-view. I read the first book in the trilogy, An Assembly Such as This, several years ago and really didn't like it. The reviews on the second book, Duty and Honor, were not good, so I skipped it. I did like this book, however. I think its strength lies in the details it adds to P & P which explain why Mr. Darcy changes so much between the first proposal and his meeting of Elizabeth at Pemberley. It also adds characters not found in Austen's book that add interest and intrigue to the man, Darcy.

The Jane Austen Companion to Love--a cute little book put together for Valentine's Day, no doubt. It contains actual quotes on love and relationships from Austen's novels and letters. It also contains marvelous illustrations from Charles Edmund Brock and his brother Henry Brock who provided illustrations for many popular books in the late 1800s. (See illustrations top of page.) Here is a quote from the introduction which goes along with the theme of this blog: "Jane is at the same time accessible and untouchable, and she has inspired a veritable industry of sequels, adaptions, movies, and miniseries."

This is Jane Austen Week at my school. Lunchtime activities related to Jane Austen all week include watching the Masterpiece Theatre version of Mansfield Park, trivia games, and awards.
Posted by Anne@HeadFullofBooks at 7:07 PM 2 comments:

"We like to think that we plan what happens to us, but it is chance, surely, that lies behind so many of the great events of our lives- the meeting with the person with whom we are destined to spend the rest of our days, the receiving of a piece of advice which influences our choice of career...these may be put down to pure chance, and yet they govern how our lives work out and how happy- or unhappy- we are going to be." Isabel Dalhouse in The Comforts of a Muddy Saturday by Alexander McCall Smith. 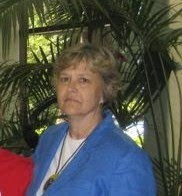 o I was reflecting on the changes in my life since I moved from the classroom to the library. As my husband is fond of saying, the career change to become a librarian saved my life...at least my professional life. These recent musings led me to think about how a comment made by a friend and former colleague, Judy Moomaugh, was the catalyst for changing the course of my life. I resolved to locate Judy as I'd lost touch with her several years ago when she moved to California. About a week later, before I had the chance to act on my resolve, I learned that Judy had died a few months earlier. Of course I was tremendously sad and shocked. And now I will never have the opportunity to thank her for the role she played in changing my life.

I hope this blog post, even to a small degree, serves as that belated thanks. It also serves as a reminder: Don't procrastinate about letting people know when I'm grateful for a contribution they have made in my life.

Thank you, Judy Moomaugh. Thank you for sharing your enthusiasm for books and libraries with me. Thank you for gently steering me in a new direction merely by saying, "I think you'd make a wonderful librarian, Anne." Thank you also, for taking the time to mentor and guide me towards the steps I needed to take to embark on this new journey.


For Judy
Chance comment by you,
Change of direction for me.
Libraries and books.
Professionally renewed.
Your encouragement changed me.

"I have always imagined that Paradise will be a kind of library." Jorge Luis Borges

P.S. I found the image of Judy on Google Images. I apologize that the only picture I could find of Judy doesn't show her smiling because when I think of Judy I remember her warm, friendly smile.

Posted by Anne@HeadFullofBooks at 12:02 PM 5 comments:

What is the deal these days with authors writing tantalizing books that require a sequel or two for the whole story to unfold?

I believe that this opening volume of the Maze Runner Trilogy will appeal to readers of The Hunger Games, though I doubt they will be as rabid about it. When the protagonist of this Dystopian novel, Thomas, enters the maze glade through an elevator, his memory is wiped out. He joins other teens who have constructed a survivalist society on a glade near the maze. All the teens, or Gladers, have had their memories wiped out, too. No one knows why they're there, or where they came from. Every day special runners venture into the constantly shifting, monster-infested maze searching for a way out; for answers to their existence. Several of the teens who have been "stung" along the way give horrifying hints of a ravaged world outside the glade and this makes for exciting reading and poses a dilemma. Do they really want to leave the glade if things are actually worse outside? The climax of the book occurs with over 30 pages left in the story making the last few chapters seem like they should be first few chapters in the next book. Either way, I was left with a feeling that I want to read on so that I can figure out the answer to the question, is WICKED really good?

I listened to this book on audio CD as I traveled back and forth to work but found myself reading the book in between car trips because I was so anxious to learn what happened next.

3.75 out of 5 stars (It's my grading system, I can break up the stars into small increments if I want to! Ha!)
Posted by Anne@HeadFullofBooks at 8:03 AM 2 comments:

Email ThisBlogThis!Share to TwitterShare to FacebookShare to Pinterest
Labels: book reviews-YA, Books in a series

Today I learned something about doing book talks...you know, those quick, short, pithy introductions to books done mainly by librarians...well, I figured out that students are more likely to check out a book if I leave myself out of the talk altogether. In other words, if I don't give my own personal evaluation of the book, kids seem to go for it more readily. I guess it is not cool to select a book that the librarian likes, but it is fine to pick one that she just talks about.

Here's a few practice book talks. See if these make you want to read these books.

Hunger Games (by Suzanne Collins): the most popular book at our school this year; an adventure story about the Hunger Games in which 24 teenagers are forced to play in a gladiator-type setting. The winner is the last person alive.

Unwind (by Neal Shusterman): To end the war between the Pro-Life and Pro-Choice armies, a deal was struck making abortions illegal but parents can retroactively "abort" their children after the age of thirteen if they misbehave or act up by sending a request to the government to have them "unwound". When teenagers are unwound they aren't really dead, but they aren't really alive either. This is an action story of several kids who have been sent to be unwound.

Fat Kid Rules the World (by K. L. Going ): This ISN'T a story about a kid on a diet, though there is a fat kid in the story. This is a very funny story about life, friends, and rock-n-roll.

The Chocolate Wars (by Robert Cormier): This book has been one of the most banned or censored books since it was published over 25 years ago. Why? Because it is a story about boys, especially one boy, who defy authority and go against what adults tell them to do.
This book is about power, conformity, and refusing to give in to pressure.

Dreamland (by Sarah Dessen): Many girls enjoy books by this author so much that they will read all them in rapid succession. This story is about a girl who falls for a "bad boy" and the abusive results of that relationship.

Blue Bloods (by Melissa de la Cruz): What do you read if you are finished with the Twilight series but still want more tales about vampires? Try this book which is the first of a four book series. Set in New York where the most famous and elite families (or blue bloods) also happen to be vampires.

Highest Tide (by Jim Lynch): You'll recognize descriptions of places and events mentioned in this book as this hilarious coming-of-age story is set in Olympia and the author is from Washington. Sea monsters, giant squids, earthquakes, The Evergreen State College, and a familiar-sounding cult make this book pure fun.

The Haunting of Hill House (by Shirley Jackson): Some people say this is one of the scariest books ever written. Let's just say this, don't read it right before you go to bed.

Son of the Mob (by Gordon Korman): Can you imagine a funnier scenario? A son of a mob boss wants to date the daughter of an FBI agent but dates just don't go well when there is a dead body in the trunk. This book is laugh-out-loud funny.
Posted by Anne@HeadFullofBooks at 5:42 PM 2 comments: