Atticus Finch...thoughts on his quotes in To Kill a Mockingbird

Today my copy of GO SET A WATCHMAN should arrive. It was supposed to be here yesterday but didn't arrive. Oh well, I haven't finished rereading TO KILL A MOCKINGBIRD yet so this gives me a little more time to finish that task.

I understand that Atticus isn't the same person in book two as he was in book one. Sigh. Why can't good guys remain good guys even in literature?  I've been thinking what a wonderful father Atticus was. In fact, as my daughters and I were listening to the audiobook of TO KILL A MOCKINGBIRD coming home from Portland on Sunday I commented that I wished I could have been as good a parent as Atticus. They both sagely nodded their heads knowing there was no adequate come-back to that comment.

So that I can remember all the greatness of Atticus Finch (after I learn about how he isn't that great) I decided to highlight my favorite Atticus quotes from TKAM.

“You never really understand a person until you consider things from his point of view … until you climb into his skin and walk around in it.”

I think most parents say something like this to their children. "Walk a mile in their moccasins before you judge them." But I'd never really thought of is as something a young person could do to gain insight for the elderly before Atticus brought it to mind. 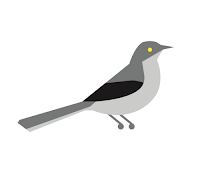 “The one thing that doesn’t abide by majority rule is a person’s conscience.”

Kids need to listen to their consciences. They need to be reminded over and over that they have a better self that can guide them if they only listen. Often the crowd will want them to go along a path they know they shouldn't. Simple and concise advice here.

“Before I can live with other folks I’ve got to live with myself.”

No matter where you go, there you are. We can't run away from ourselves and we have to live with ourselves. When Atticus reminds the jury that they all know what is best, he is also reminding us.

“I wanted you to see what real courage is, instead of getting the idea that courage is a man with a gun in his hand. It’s when you know you’re licked before you begin but you begin anyway and you see it through no matter what. You rarely win, but sometimes you do.”

In the classroom we are asked to remind students what they learned before we dismiss them. It is sound advice for our children, too. Tell them what you want them to learn from situations.

“You just hold your head high and keep those fists down. No matter what anybody says to you, don’t you let ‘em get your goat. Try fighting with your head for a change, Scout.”

Scout wants to fight out all her problems, Atticus asks her to use her head. Simple. Direct. Common sense.

"Don't pay any attention to her, just hold your head high and be a gentleman."

We need to teach our children manners and help them practice them consistently even when the other person is being unreasonable.

"Scout," said Atticus, "when summer comes you'll have to keep your head about far worse things...it's not fair for you and Jem, I know that, but sometimes we have to make the best of things, and the way we conduct ourselves when the chips are down---well, all I can say is, when you and Jem are grown, maybe you'll look back on this with some compassion and some feeling that I didn't let you down."

I need to live my life in such a way that my children remember me for the good things, not the bad.

"If this thing's hushed up it will be a simple denial to Jem of the way I've tried to raise him. Sometimes I think I'm a total failure as a parent, but I'm all they've got. Before Jem looks at anyone else he looks at me, and I've tried to live so I can look squarely back at him...if I connived at something like this, frankly I couldn't meet his eye, and the day I can't do that I'll know I've lost him."

Yes, parents need to shield their children from things that are too dangerous and upsetting for them. But they also need to trust that children can handle things and be helped to understand situations, especially life-changing situations. I once talked to a friend who had lost her husband. She didn't want to tell her children that he was dead so she said he was sleeping in heaven (or something like that.) Is it any wonder that the children never wanted their mother to go to sleep? We have to trust our children and help them understand and cope.

Check out the wondrous words of Atticus Finch over at ReaderBuzz.

Posted by Anne@HeadFullofBooks at 12:25 PM