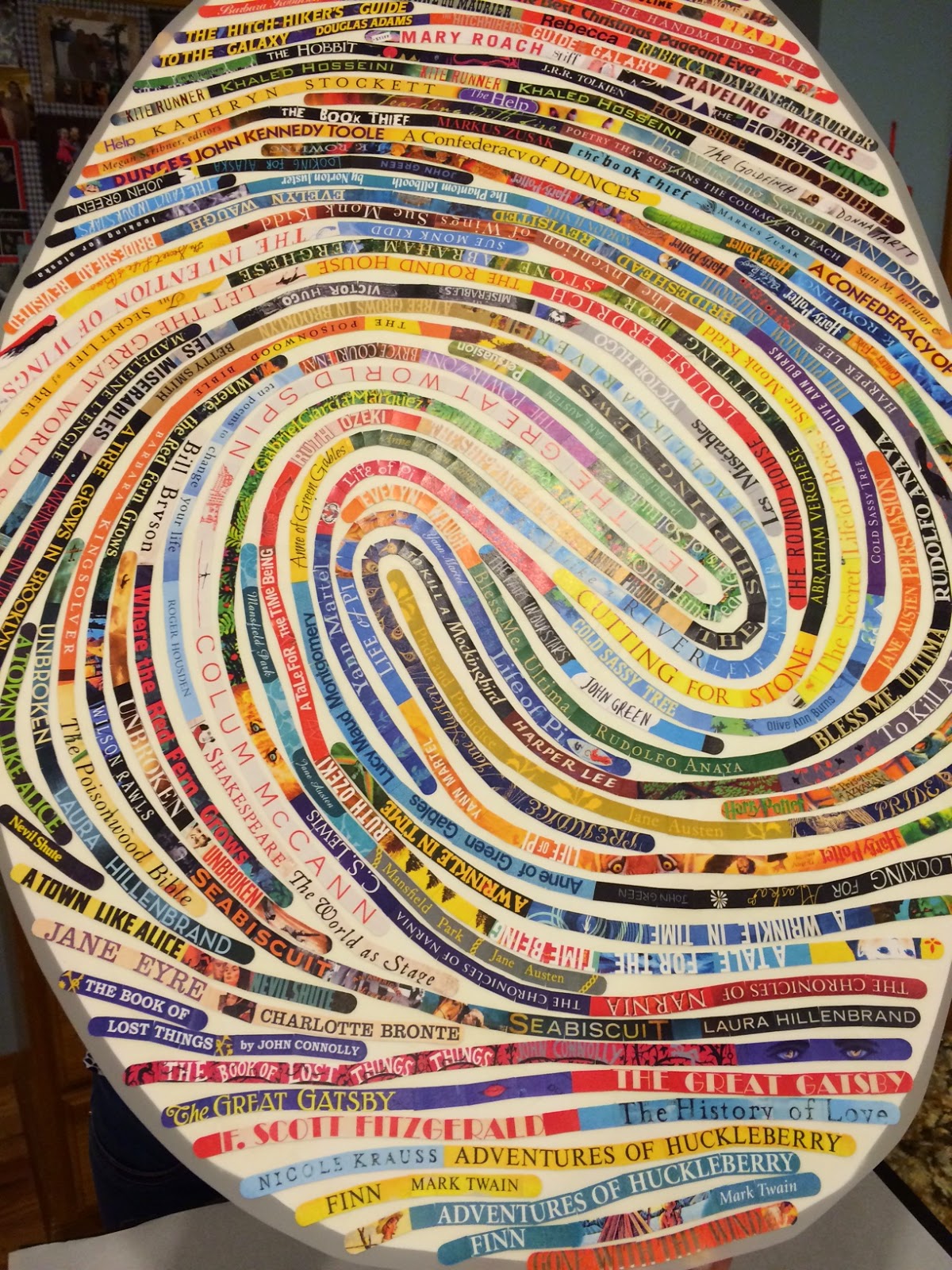 Weather: overcast at this moment but threatening to rain. Yesterday after it poured and hailed there was a terrific rainbow.

One-of-a-kind art: the photo above shows the original art that my husband commissioned for my birthday. It is a thumbprint picture of my top 60 favorite books. It was created by Cheryl Sorg (check out her webpage) after we sent her the titles of the books and several of my very smeary thumbprints on card stock. Isn't it wonderful? Now I have to figure out how to frame it and where to hang it.

I am playing around with the idea of showing just an excerpt. Please click on the READ MORE message below to see the whole post. Let me know what you think. Do you prefer full text showing on the post or just an excerpt showing?

Kentucky: Don is still in Kentucky on orders from the National Guard. Yesterday, on his day off, he traveled across the state to visit Mammoth National Park. The route he took to get there had him fording a river on a two-car ferry (he was thrilled about that), crossing a time-zone from Eastern to Central time (weird), and touring inside the huge labyrinth of caves. He said it was a fantastic tour. He sent me this picture of Fat Man's Misery. I guess it is a part of the cave that would be torturous for a fat man to get through. Apparently, according to an early visitor, it is a "grand, gloomy, peculiar place." It is now on my bucket list. 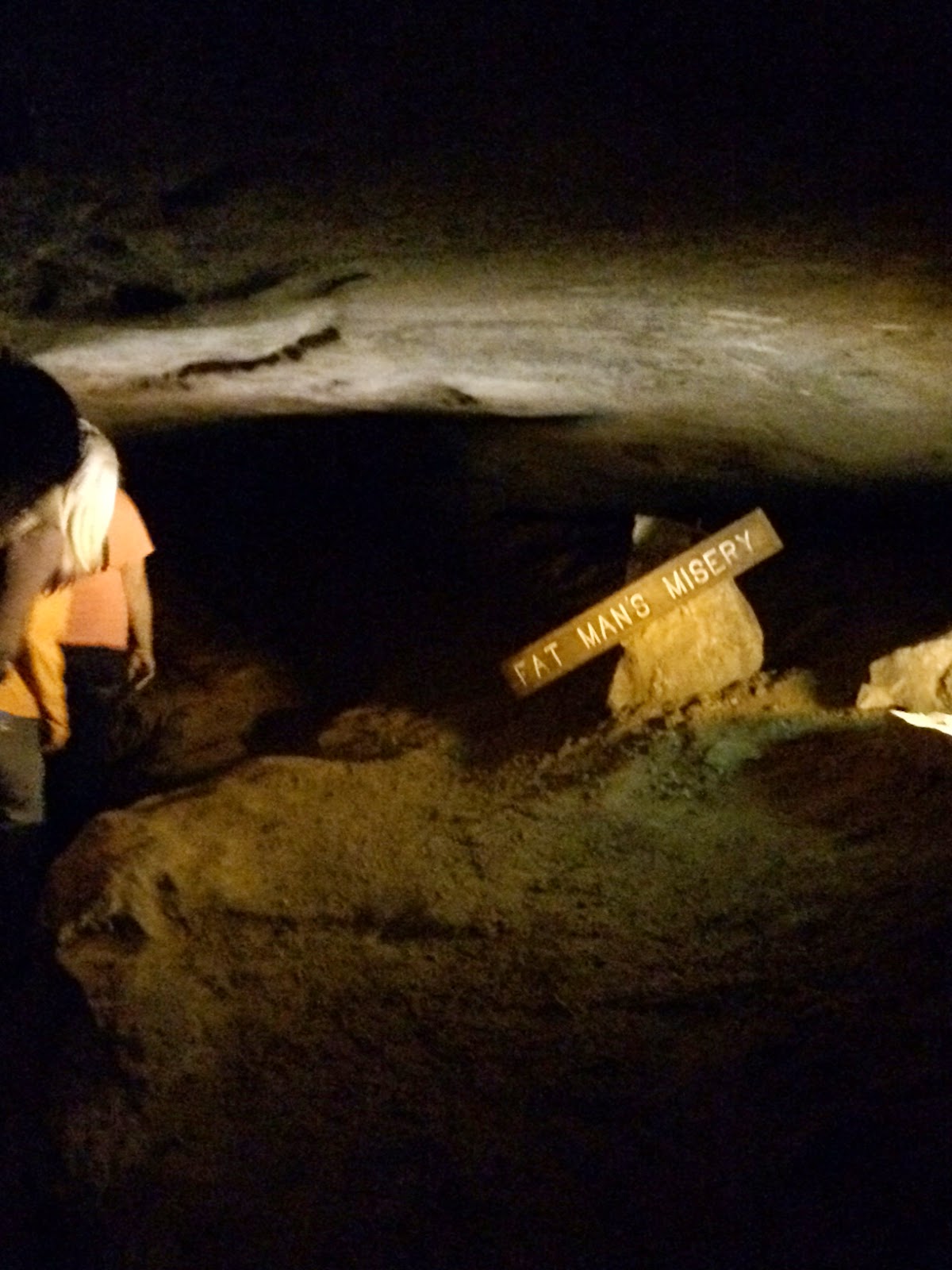 Irvine, California: Carly is traveling today to University of California at Irvine for a grad school interview. We are keeping our fingers crossed that all goes well. All week she has been preparing for the interview by practicing her interview skills, purchasing clothing that looks professional, and watching the TED video about acting powerful and confident. She and I have been practicing the pose, too.

Thanks, Kathy, for this link to Josh Groban's hit. I, too, fondly remember our time together at his concert!

-Anne
Posted by Anne@HeadFullofBooks at 10:53 AM