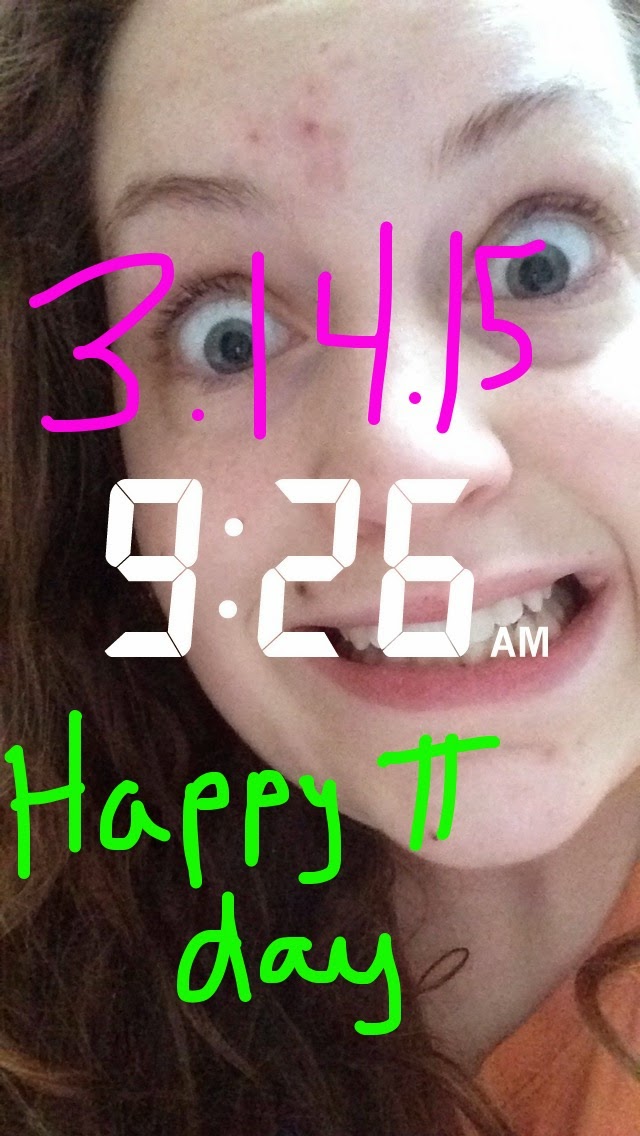 The day after PI DAY!

Yesterday: was the most special Pi Day ever...at a special moment in time the date and the time combined to be the first seven digits of PI: 3.1415926. (See photo above of a selfie my daughter snapped at just the right time.) 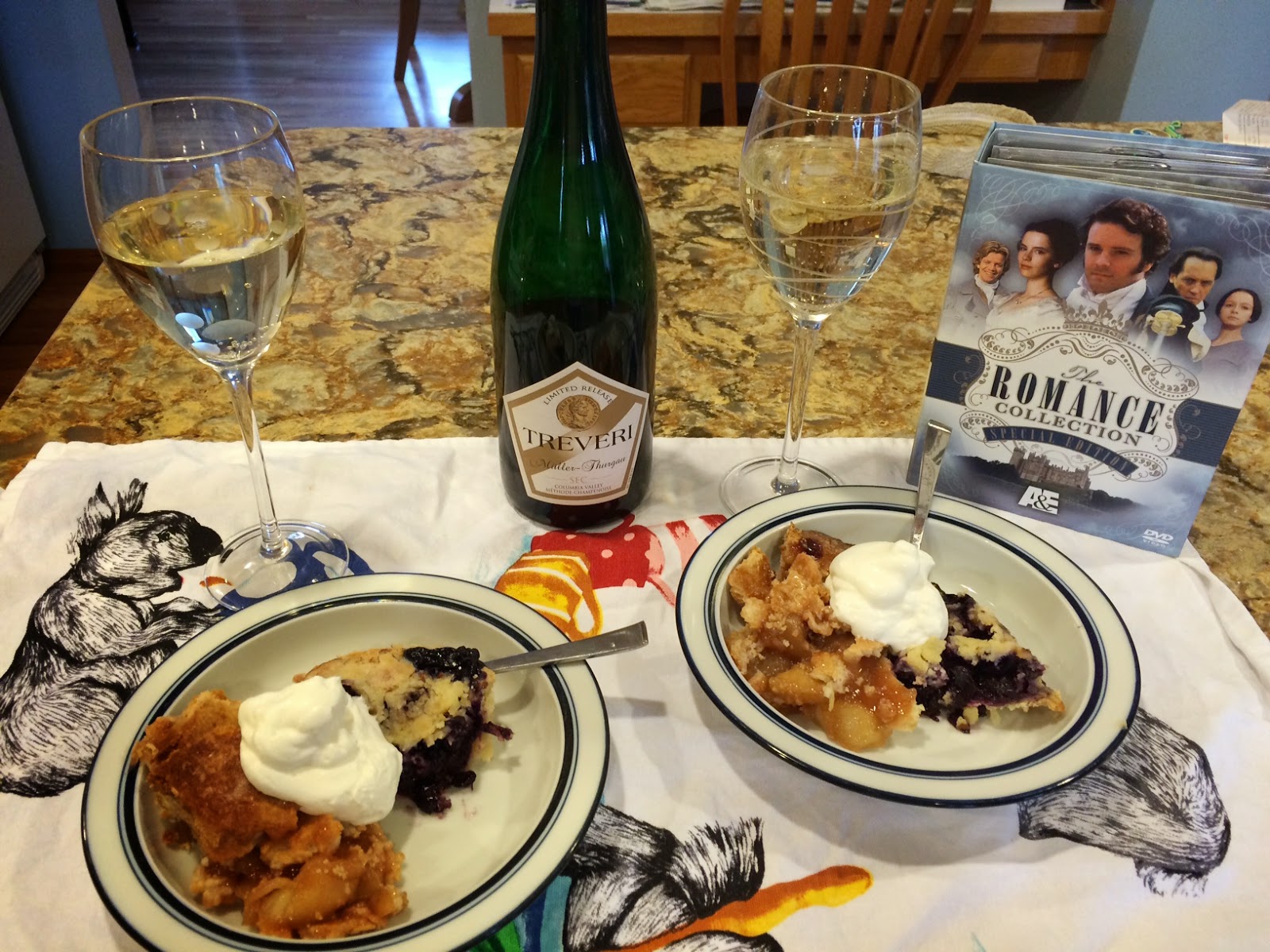 In honor of Pi Day: we played the Pi(e) and Prejudice Game. The Game entailed watching the long version of Pride and Prejudice (with Colin Firth, dreamy man) and eating pie or drinking sparkling wine every time a character acted in a certain way. For example, if Lady Catherine De Burgh acted snotty,  Mr. Darcy had trouble expressing his emotions or gave off a stink face, if someone gave a confusing speech, or if Mary pontificated we would have to take a bit of pie or sip our wine, sometimes even doing both. We did this for the length of the very long production...five plus hours. Ha!

Banoffee Pie: In honor of Pi Day and so we'd have enough pie to eat during the game, Carly and I made a very strange toffee and banana pie (Banoffee) made from boiled sweetened condensed milk. It involves boiling the can of milk for 2 1/2 hours, allowing for cooling time, then after compiling the pie, allowing time for it to set up in the fridge. Lucky we were watching a LONG movie. Here is the recipe for Banoffee Pie.

Polka dot world: Our street trees, flowering plums, are shedding their petals. Everything in our neighborhood is covered with them. It is a polka dot world. (The blue thing in the two photos is my foot in a blue shoe.)

Quote of the week:

Have a great week!

Posted by Anne@HeadFullofBooks at 9:47 AM