OK, the National Book Award YA Longlist has been announced and here they are:

(Check out the National Book Award Webpage for more details.) 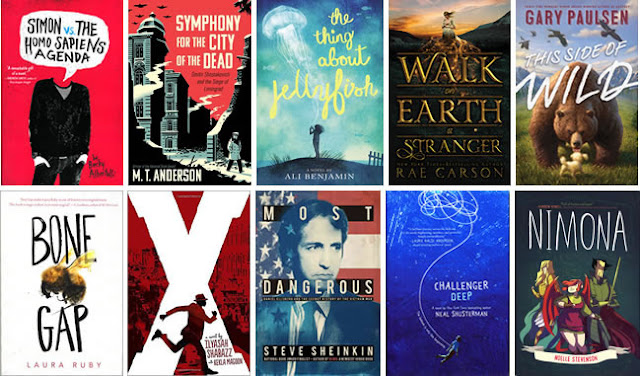 I've read several of them and am delighted to see them on the list. Here are my thoughts of them and I have hyperlinked the titles if you want to read my original reviews:


Of the other five which I haven't read I had to do a little research myself. (None of them are published quite yet. No wonder I haven't read them, huh?)