Are these the 'Best of the Best' Pulitzer Prize novels? 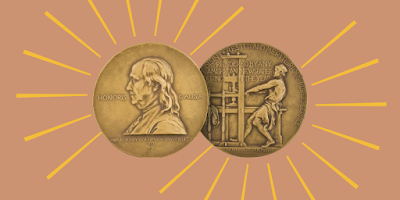 This week I've been reevaluating my Pulitzer Prize Challenge, thinking perhaps I should abandon it and just make an attempt to read the current winner each year and not worry about going back and attempting to read past winners. With this idea running through my head it occurred to me that perhaps I should check out which books are considered the best and make an attempt at reading those and leaving the others.

What I discovered after doing a little research here, here, here, here, here, here, and here, these eighteen Pulitzer Prize winning novels were mentioned the most (at least three of the seven lists) as the best of the lot. (Note: only two lists were compiled in 2020 all the rest before that date, thus few recent winners were even mentioned, obviously.) Of the eighteen books on this 'Best of the Best Pulitzer' list, I haven't read six of them and reading them now seems like a good place for me to start, or more accurately, to finish my project.

The 'Best of the Best' Pulitzer Prize Winners for Fiction

I read TKAM for the very first time in 2003. I loved it instantly and wondered what took me so long to get to it. I listened to the audiobook narrated by Roses Pritchard. Her voice, with a sweet southern accent, is now the voice of Scout to me. My review, of sorts.

First line: "When he was nearly thirteen years old, my brother Jem got his arm badly broken at the elbow."

I read Beloved in 2010 and I wished I'd been part of a college lit class so to discuss all the symbolism. It blew me away but I found that I needed/wanted help to understand it. After I'd book-talk this for my students many were attracted to the idea of its ghost story but sadly I'm not positive any of them actually ever finished it. My review.

As a high school librarian I made an attempt to read most of the books that were recommended for students to read before they graduated. This one, read in 2009, didn't make as big of an impact on me as the play we saw in New York City starring Cynthia Erivo in 2018.

First line: "You better not tell nobody but God."

4. The Interpreter Of Maladies: Stories by Jhumpa Lahiri (2000, six lists)*

One of the reviewers on Book Riot picked The Interpreter of Maladies as her favorite Pulitzer over TKAM because she's read this short story collection over and over and it always speaks to her.

First line: "The  notice informed them that it was a temporary matter: for five days their electricity would be cut off for one hour, beginning at eight p.m."

I wasn't able to tell from the seven lists if this is anyone's favorite Pulitzer, or if it is just one book that it is agreed everyone should read. I haven't read it yet and I'm dragging my feet on it since it took be a year to read East of Eden once I started it.

First line: "To the red country and part of the gray country of Oklahoma, the last rains came gently, and they did not cut the scarred earth."

I was surprised to see this book on five of the lists because I thought I was the only one who loved it. It is so quirky and odd. I read it in 1997 the first time and several times since. Looking back through my blog I see I never reviewed it. But I did mention it many times on my 'lists of favorites' over the years.

First line: "Here is an account of a few years in the life of Quoyle, born in Brooklyn and raised in a shuffle of upstate towns."

7. The Confederacy of Dunces by John Kennedy Toole (1981, five lists)

TCOD is one of the funniest books I've ever read experienced. Hilarious! Actually, I recommend listening to the audiobook to get the full impact of the story set in New Orleans. Ignatius J. Reilly is possibly the most memorable character in literature. (My review from 2013)

First line: "A green hunting cap squeezed the top of the fleshy balloon of a head."

I not only love this book but I've done a lot with it: two book clubs meetings, an evening event with the author and I wrote two reviews of it. Check out both of them here and here.

First line: (Leaflets) "At dusk they pour from the sky."

9. The Amazing Adventures of Kavalier and Clay by Michael Chabon (2001, four lists)*

Why does TAAOKAC deserves a spot on the 'best of the best' list? One reviewer said she was dazzled by it. "It wasn't just its technical perfection—physical description, character development, perspective, time shifts, dialogue, metaphor—and [Chabon] deployed them gracefully, without apparent effort, with inflections of 1940s New York and the language of comic books."

First line: "In later years, holding forth to an interviewer or to an audience of aging fans at a comic book convention, Sam Clay liked to declare, apropos of his and Joe Kavalier's greatest creation, that back when he was a boy, sealed and hog-tied inside the airtight vessel known as Brooklyn, New York, he had been haunted by dreams of Harry Houdini."

Edith Wharton was the first female to win a Pulitzer for a novel, and only the third overall. It has stood the test of time with its story of unfulfilled/scandalous love. I read this masterpiece in 2016 as part of the Classics Club Spin challenge. (My review.)

First line: On a January evening of the early seventies, Christine Nilsson was singing in Faust at the Academy of Music in New York.

Such a complex book about many seemingly unrelated topics: life as a transgender individual, the Armenian genocide, and the Detroit riots of 1968. I listened to the audiobook in 2007 and it has improved in my memory since that time to almost epic proportions.

First line: "I was born twice: first as a baby girl, on a remarkably smogless Detroit day in January of 1960; and then again, as a teenage boy in an emergency room near Petosky, Michigan, in August of 1974."

My husband has read this, I haven't. His description of unrelenting dread and the nearly hopeless struggle of a father and son who survived an worldwide apocalypse was a bit off-putting, making me not so eager to start it. But I've read other books by McCarthy and I know he is a first-rate writer.

First line: "When he woke in the night and the cold of the night he'd reach and touch the child sleeping beside him."

I am a Wallace Stegner fan and have enjoyed everything I've read by him. I read TAOR in 1995 and confess that my memory of it is a bit hazy though I do recall being swept up in the story and the setting.

First line: "Now I believe they will leave me alone."

This book fairly blew me away. First, who is the narrator? I couldn't figure it out until well into the book. Then all the mysticism or fuku connected to Dominican Republic and some history of the island. Oscar is a marvelous, quirky character. I'd be remiss not to mention the footnotes. Be sure to read them. All of them. (My review)

First line: "Our hero was not one of those Dominican cats everybody's going on about -- he wasn't no home-run hitter or fly bachatero, not a playboy with a million hots in his jock."

I was in junior high in 1971 or '72 when I read TOMATS so I have only the vaguest of memories of it. I do recall thinking it was a pretty good story after all the torture of reading it for class was done. That said I am not a big fan of Hemingway's sparse style of writing so I doubt I'll reread this one to see what I think of it as an adult.

First line: "He was an old man who fished alone in a skiff in the Gulf Stream and he had gone eighty-four days now without taking a fish."

This sounds like the type of book I'd love so what am I waiting for? The BookRiot reviewer said, "I loved her book, a funky retro-current account of the music industry meets the e-age and the excellently funny chaos that ensues from there."

First line:  "It began the usual way, in the bathroom of the Lassimo Hotel."

The Bookriot reviewer said hands down The Hours is the best Pulitzer. "Cunningham writes beautifully, and he does a wonderful job of getting in the heads of three very complex women: Virginia Woolf herself; Laura Brown, a 1950s housewife; and a Clarissa Dalloway-esque character, Clarissa Vaughn." I'm pretty sure I've seen the movie, now it is time for me to move the novel onto my reading list.

First line: (Prologue) "She hurries from the house, wearing a coat too warm for the weather."

Having just read Lonesome Dove last year, this wonderful book is very fresh in my mind. Just about every line is quotable and I can picture all of the action in my head. At 800+ pages in length I 'lived' in the old West for weeks while I read it and I didn't want to leave when I was finished. So I gave it to my husband and had the fun of reliving the book through him. (My review.)

First line: "When Augustus came out on the porch the blue pigs were eating a rattlesnake -- not a very big one."

Now I recognize that this list is sorely out-of-date already. The most recent book to make it onto the list is All the Light We Cannot See from 2015. We've had six years of awards since that date and surely one or more of the most recent books should have at least been in contention for this 'best of the best'  list. I also realize that the lists I drew from were actually just lists of opinions. As my husband and I were discussing my final eighteen titles, he remarked that there are probably very few people alive who have read all 90+ Pulitzer Prize fiction winners, and unless a person had read them all they shouldn't be making a 'best of the best' list. Good point. And that would be me. I've only read 40 and that number includes a few of the finalists. What if one of the best books is just one we haven't read yet? One of the reviewers in the Book Riot article said she'd only read six Pulitzer winners. That is a fairly small field to pick from. So my research is flawed. Very flawed. But as I look over this list and compare it to the whole Pulitzer list, I bet I'm not very far off. Accept this project for what it is -- me trying to decide which of all the Pulitzer winners should I make an attempt to read before I close out my personal Pulitzer Challenge.

What is your favorite Pulitzer Prize winning novel?