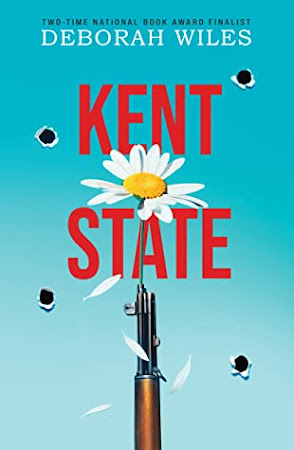 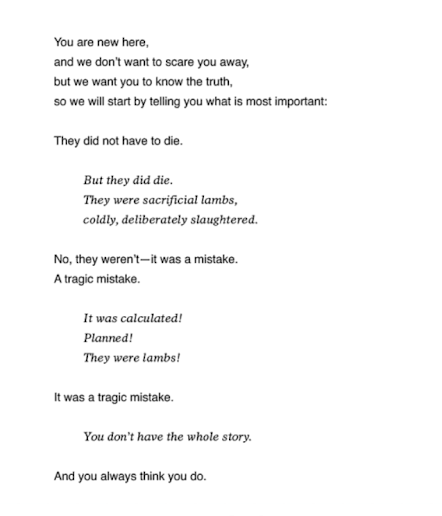 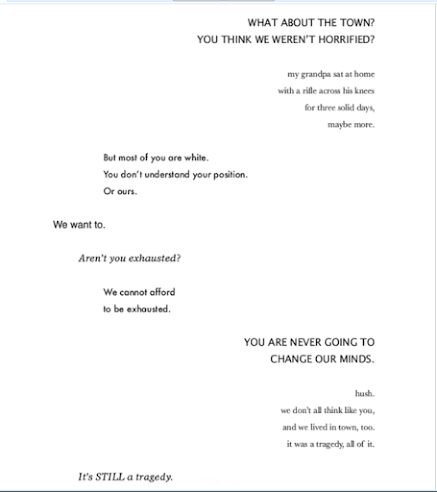 Summary: On May 4, 1970 National Guard soldiers shot and killed four students of Kent State University who were protesting the Vietnam War. As protestors agitated and called for the end of the war, Guardsmen were called in and in the confusion and chaos of the moment, shots were fired. Four students were killed and many others were wounded. To this day no one can agree on exactly what happened and why the protest took such a violent turn. Deborah Wiles attempts to answer that question by imagining voices from different vantage points: a protestor, the townspeople, the guardsmen, and students. Like a Greek chorus all the voices tell the story of the tragic day from different points of view.

Review: I was thirteen when the Kent State killings occurred. I was old enough to be outraged. Everyone I knew was opposed to the Vietnam War. There were protests on college campuses all over the country. What made Kent State's protest any different? I wasn't old enough or sophisticated enough at the time to dig for more details than what the news reported. But like everyone in my generation started singing the song "Ohio" by Crosby, Stills, Nash and Young. I knew enough facts to be angry and if anything the killings made me and others hate the war even more.

So when I saw this book, Kent State by Deborah Wiles, I thought I already knew the facts. I was wrong. I learned many things I didn't know about that fateful day. As I said in the summary, the book is about and the days leading up to May 4th as told by a variety of vantage points. If you look at the first and the 32nd page samples provided you will notice the differences in fonts and placement on the page. That is the only way you can tell who is speaking. It took me several pages to figure it out, too. I don't recall there being any directions as to what font or page location belonged to whom. The protestor was angry, the townspeople were scared, the guardsmen were following orders, some students were outraged, others oblivious. The totality of their voices made for a dynamic and a believable account of the tragedy.

I like reading books written in verse and after I settled in to the odd format of this one I found the reading experience to be quite captivating. But as I closed the book on the last page the thought ran through my head that students might not be willing to work so hard to figure out who is speaking and to see the need to tell a historical event from so many points of view. I'd love to know what experiences librarians have had with this book and their readers.

I read this book back in July 2020 and with this review will be completing my own personal challenge to catch up on back reviews. It took me a while, but I did it. (And now I should start a new list of past reviews I still want to write.) [Pending reviews]

Posted by Anne@HeadFullofBooks at 3:53 PM