Weather: Rainy. We hear there is a threat of snow later this week. It is rare to snow around here, so close to sea level, so it is always a happily anticipated weather event, especially if it isn't accompanied with freezing rain, which is the worst. Our grandson asked us if we would like to make a snow angel with him. So sweet. So not happening.

Family: I spent all week wrapped around the inauguration of Joseph R. Biden. Watching it, rewatching it, talking about it, worrying something would go wrong, delighted nothing went wrong. Delighting in the afterglow of it. Today's post is an homage to the inauguration celebration.

Books: I finished one book, Where the World Ends by Geraldine McCaughrean, made progress on A Promised Land by Barack Obama, and am working away on Cybils finalists. A very good one has me captivated -- The Radium Girls.

Biden Inauguration afterglow. I watched the Inauguration once, the parade and concert twice. Now I am in the process of watching my favorite parts over and over. Those I will share with you below. Yippee. It is done. Trump is gone and new day dawns in America one built on love and a call for unity. Notice the beautiful and varied colors of Americans in these videos.

1. The Joe Biden Inaugural Address (20+ minutes).  So much hope for America. Biden promises to be President for the whole country not just the people who voted for him. Since you probably don't want to rewatch the whole thing, I thought I'd share a few of my favorite lines:

2. Amanda Gorman, the first junior poet laureate of the country, stole the show at the inauguration. Re-listen to her recite her own poem, "The Hill We Climb."

4. From the Joseph Biden Inauguration Parade Across America. DJ Cassidy/ Earth, Wind, and Fire/ and Sister Sledge. I love this. It is so positive and calls for unity. Listen to the words to these familiar songs and to what DJ Cassidy says. It is hard to not sing along, so belt it out!  (DJ Cassidy)

5.  Here Lin-Manuel Miranda recites the whole poem from which Biden quoted in his August speech accepting the Democratic nomination, "The Cure of Troy" by Seamus Heaney. (Click hyperlink to read the poem.)

It's day one and we are not throwing away our shot at unifying the country and fighting for a better future for American families. Thank you @Lin_Manuel for your beautiful performance at #Inauguration2021. pic.twitter.com/VDgbTqjksd

History says, Don’t hope/ On this side of the grave, / But then, once in a lifetime / The longed for tidal wave / Of justice can rise up / And hope and history rhyme.

6. I love this rendition of "Amazing Grace" by Yo-Yo Ma during the Inaugural Celebration Concert after the inauguration. Watch the pure joy on his face. (Yo-Yo Ma) Shifting up and down the octave to bring light and shade to his performance, Ma threw in some double stops for rich harmonic beauty, ending the traditional hymn with a delicate fusion of Dvořák’s ‘Going Home’ melody and the spiritual ‘Simple Gifts’. Watch the whole concert by clicking on links here on the Inaugural Biden Committee site. 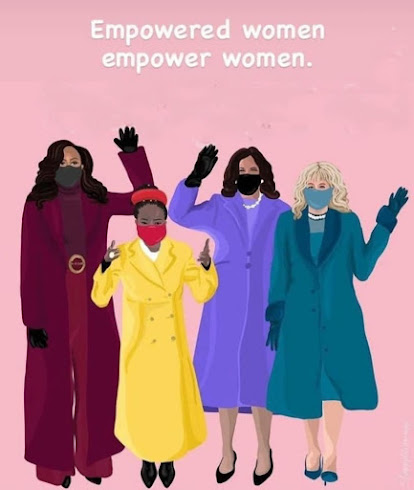 For a bit of fun, I couldn't resist jumping onto the Bernie Sanders meme. Apparently he sat by himself at the ceremony, not dressed up a bit in his puffy coat and his woolen mittens. He looked like he was at a boring outdoor event. Bernie is now everywhere past and present. Here are a few of my favorites.

1. This was brought to my attention by my daughter. I think it is hilarious. He does look like he is just squeezing in the inauguration between other tasks of the day. 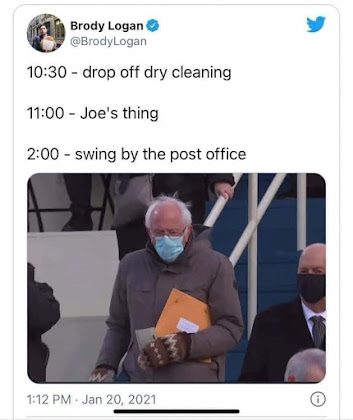 2. Thinking about the day which was full of colorful coats, Bernie's mittens made a splash, too. 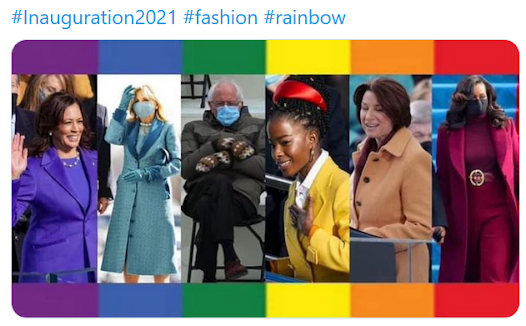 3. For the Jane Austen fans, Bernie joins the Bennet family. 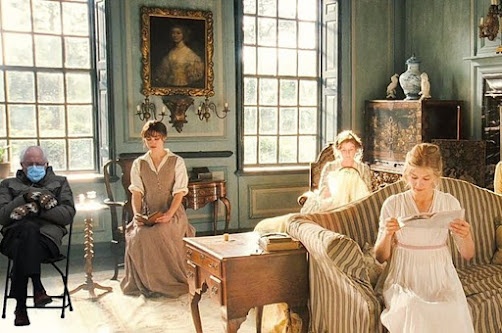 4. So many of the memes just made me laugh. Here he is at the big, long slide at a fair. 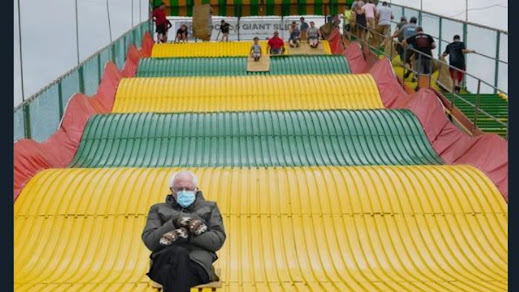 5. For all Girl Scout moms he is taking his turn at the cookie table. 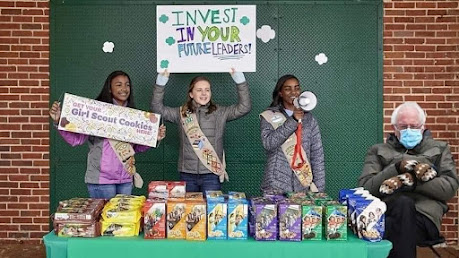 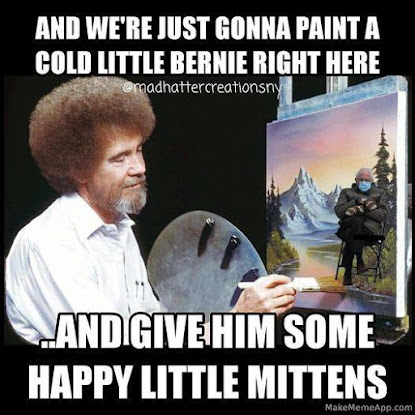 8. And this. My daughter is in the process of crocheting a Bernie doll. (She still needs to make his puffy coat.) 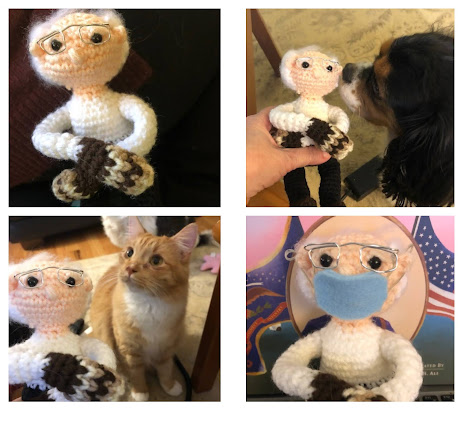 Well. It has been quite a week. I hope you, too, are breathing easier these days.

Posted by Anne@HeadFullofBooks at 3:24 PM