Weather: Rain, rain, rain, sunbreak, rain, fog, rain, drizzle, rain, wind. This has been our week in weather. Tuesday night we had a sudden, dramatic wind event that knocked down lots of trees and electrical power to lots of homes. We were able to make a quick trip to Northwest Trek Park with our grandson on Saturday (see photo above) and though it was overcast and cold, the rain held off long enough for a fun, dry visit.

Today (and tomorrow) we celebrate the life and words of Martin Luther King, Jr. All the words and quotes throughout this past were big, important words spoken by the remarkable man, asking us to do what we can to make the world a better, more equitable place for everyone.

"We have before us the glorious opportunity to inject a new dimension of love into our civilization." -MLK, Jr.

Books: I've been reading and reading sincethe new year because I am currently in the middle of my Cybils Award judging assignment. But in addition to the Cybils finalists I've also squeezed in a few other books. Since January 1st...

"To ignore evil is to become accomplice to it." -MLK, Jr.

Good news (politics and other stuff):

1. Joe Biden will be inaugurated on Wednesday, January 20th. We have been holding our breath for nearly three months. It will finally happen.

2. Kamala Harris will be the first female Vice President of the USA. She will also be the first Asian-American, Black female in that role.

3. Twitter banned Trump. In one week misinformation about the election dropped 73%! (Rawstory)

5. Biden to set up FEMA and the National Guard to conduct COVID-19 vaccination clinics. (CNBC)

6. 11,780 votes. CBS 60 minutes show. 1/10/21. An interview with the Secretary of State in Georgia about the phone call Trump made with him in an attempt to get the votes changed in the state so he could win Georgia. My sister asked me to post this because it makes such a strong case against voter fraud. I wasn't able to find a YouTube for this session. But if you click the link and fast forward to 15:30 you will find the interview. It is a little over 10 minutes. (CBS)

"The time is always right to do the right thing." -MLK, Jr.

On the lighter side (just a few funnies):

1. Now that the Republicans are no longer in power they want Democrats to forgive them. 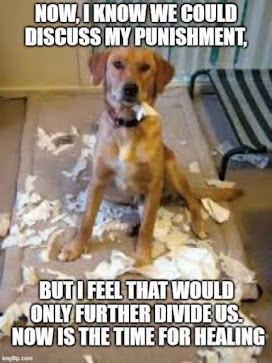 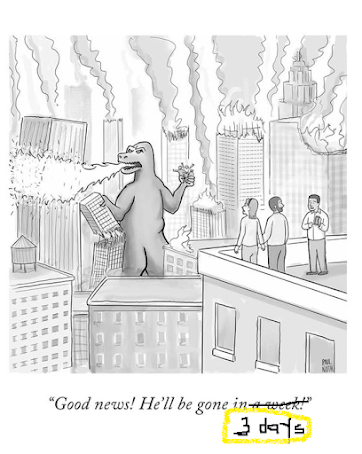 4. Hmm. Can you think of a book? I'll give you a hint. It starts with F and ends with "stein." I understand that some of Trumps MAGA followers have turned on him in recent days. 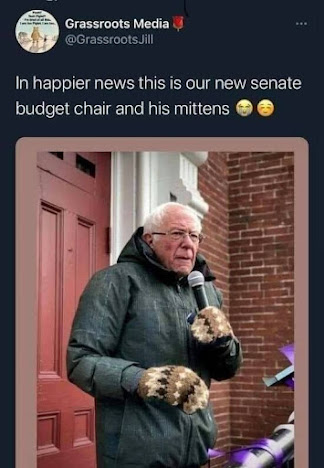 New feature to my Sunday Salon---

Something I have said or done that I never did before 2020: Complained about hairs in my face mask getting in my mouth. Yuck! 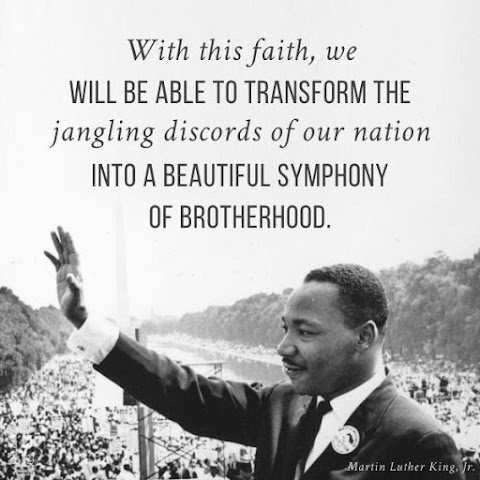 Posted by Anne@HeadFullofBooks at 8:10 PM