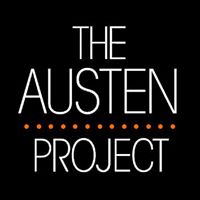 Several years ago HarperCollins embarked on a project to publish modern retellings of Jane Austen's six classic novels. They named several of the authors that would be attempting the near impossible task---improving on Austen's original works---and they named it "The Austen Project." And so, with a bit of fanfare, "The Austen Project" was born when Sense and Sensibility by Joanna Trollope, the first of the retellings, hit the book stores in 2013. Followed by Northanger Abbey (2014) by Val McDermid,  Emma (2015) by Alexander McCall Smith, and Eligible (Pride and Prejudice) (2016) by Curtis Sittenfeld. Last year should have been the year of Mansfield Park and either HarperCollins has abandoned the project or publication is delayed because I can't find anything about it anywhere.

Actually I had a hard time finding anything about "The Austen Project" on the Internet, which is surprising, since one can generally find just about anything on it if they dig deep enough. HarperCollins does not have a webpage dedicated to the project, though one can find a blog entry on their site which talks about the Eligible, the most recent and probably most popular of the four. I found a Facebook page dedicated to the project, but the last entry was posted in March 2016, when the UK and US book covers for Eligible were being revealed. There wasn't even an entry the day the book was published. Not a good sign.

The only other people who are talking about "The Austen Project" are bloggers like myself. Though I find their opinions interesting, I really haven't found them to be totally enlightening, especially about the conclusion of the project. Most aren't big fans of the four books which were published and use words like "fiasco" and "challenge" to describe the project. One blogger said that instead of "modern retellings", the books should be called what they are, "fan fiction." Ouch. I'm pretty sure that is NOT what the publisher had in mind when they launched the project over six years ago.

I have recently read two of the books, Eligible and Emma, both were fine but neither got anywhere near the original. Of course they didn't!

Eligible is set in Cincinnati. Lizzie and Jane return home from New York where they live, to tend their father who is recovering from a heart attack. Mrs. Bennet is busy organizing a gala of some sort and the other sisters can't be bothered to help. Mary because she is taking classes for another degree in Psychology, Lydia and Kitty because they are so busy with their CrossFit workouts. Lizzie works as a writer for a magazine and Jane is a yoga instructor. None of the sisters are married. But when Jane meets Chip Bingley, a recent contestant on "Eligible", similar to "The Bachelor" show, she is smitten. Through Chip, Lizzie meets Fitzwilliam Darcy, a neurosurgeon. Lydia is dating a guy who owns the gym where she works out. Mrs. Bennet has a shopping addiction and is worried about appearances at the country club more than her husband's health or about the family finances. Sound familiar? The bones of the original were certainly present in Eligible. Except in this retelling of Pride and Prejudice, the women have jobs, have sex, use foul language, deal with modern problems like infertility, loving a transgender person, and downsizing. I found the book silly and funny, in turn. It was frustrating and fun, maddening and satisfying. It ended how I expected it to (having read the original) but it took lots of unexpected turns to get there. P & P was largely a parody of its time and so is Eligible a parody of our time. On that score it was very successful. It was just a little too ridiculous for me and I rated it 3.5 out of 5 stars. One thing I did learn, the author, Curtis Sittenfeld, is female. I was faked out by the first name which I mistook to be a male name.

Reviewers have been harsher on Emma, the modern retelling by Alexander McCall Smith, than they are on Curtis Sittenfeld's retelling of P & P. The general displeasure seemed to revolve around the great degree of backstory that McCall Smith gave to each character. I honestly appreciated that aspect a lot. Knowing a character's backstory allows the reader to appreciate their actions in the present time. I especially appreciated Mr. Woodhouse's backstory. Without it, in the original, one has to wonder why he is such a worrywart.

Reading through through the reviews I wondered if these readers had ever read anything else by McCall Smith. His comedic timing is very present in Emma as well as his use of funny catch-phrases, which generally kept me in stitches as I read. I think that Austen's Emma is meant to be a comedy, so McCall Smith captured the essence of the original on that score perfectly. Other reviews complained that he didn't "get" Emma, the character. I disagree. I think he got her perfectly. Emma was a snob in the original and a snob in his retelling. Perhaps what they were saying was they didn't really like McCall Smith's Emma. I didn't either. But wasn't that the point of the original? Emma was a meddling busy-body who was not self-aware at all. She had no idea how her actions were hurting those people she thought to "help." McCall Smith gave us an impossibly self-absorbed Emma. It took several hundred pages of text and help from Mr. Knightley for her to gain some self-awareness. The one criticism which the reviewers leveled against this version which I would agree with was how the unfolding relationship between Emma and Mr. Knightley seemed to come out of nowhere. Not enough attention was given to the time they spent together for the reader to recognize what was happening, even though Emma herself was blind to it. I generally enjoyed the book and rated it 4 out of 5 stars. I'd be more likely to recommend it to McCall Smith fans than to Emma fans, though.

And what about "The Austen Project"? I am guessing that it has been abandoned, but since I know that Persuasion, a personal favorite, would be the last of the six, I am clearly hoping I am wrong. One other reason I think the project is done is when I visited Amazon.com to see if they had anything about the 5th book, no books showed up when I typed in "The Austen Project." And when I went to the Eligible page it didn't make suggestions to read the other three books in the series. At any rate, I want to read Northanger Abbey: a modern retelling since it generally gets good reviews, but may skip Sense and Sensibility for the opposite reason. I honestly wonder if the project stalled out because Mansfield Park was just too hard to retell in modern times.  I can't imagine how anyone could do it. A young girl sent to live with relatives, who treat her badly. But she falls in love with her cousin. Eventually everyone rejoices in that union. Hmm. Not sure how that will work in terms of all the genetic issues it brings up. Ha!

If anyone knows anything about the future of "The Austen Project", please leave me a note in the comments. I am eager for news!