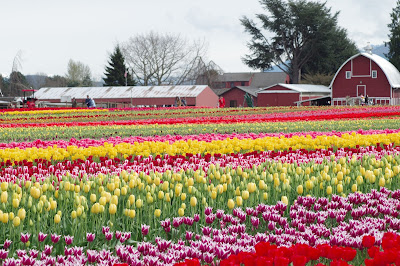 Weather: Sunbreaks. One minute it is sunny, the next it looks like it will rain.

Three weeks: I haven't posted in Sunday Salon for the past three weeks. A lot has been happening. Here is my update...

Family health: My dad had a stroke Thursday night. My mother initially thought it was a little one, another TIA one like he has had before, so she didn't call for an ambulance. Now it appears it was larger than she thought and taking care of him is proving to be a big challenge. My sisters are with my parents now as they try to decide how to proceed. I am not with them because I have a humdinger of a cold with a nasty cough. I don't want to give this to my father. It might kill him. Don is off at Walgreens right now buying me some cough syrup. In an awkward moment in church today while Don asked for prayers for my father, I started coughing and so no one could here what he was saying.
Ugh. 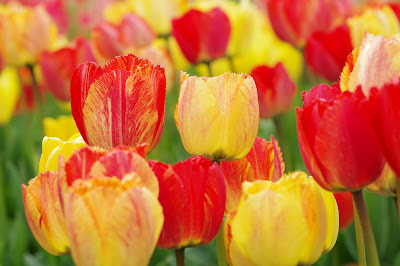 Tulips: Don and I spent last Wednesday up in the Skagit Valley enjoying the tulips which are blooming fairly late this year. Aren't the photos lovely? The tulip fields are so lovely and colorful it is almost impossible to take it all in.

Renewing friendships: With all the problems that we have learned about Facebook and how they gave away our private information which was used by the Russian propaganda machine, I confess that I don't want to give it up. Why? Because, thanks to the networking possible with Facebook, I have reconnected with old friends. Tomorrow I will be lunching with two sorority sisters, Janet and Anne Marie. I haven't seen Janet for at least thirty years. Lunch and coffee date, walks and visits...it has been fun reconnecting with so many friends. Thanks Theo, Carol, Margaret, Kay, and MaryJo.

Book club reorganization: Two months ago I griped here about a club meeting where only three people showed up. The three of us talked about ways we could/should proceed. We put the idea forward to invite some new members and offer a chance for those who want out to leave without it being awkward for them. So far we have three new members and one gal has suspended her membership. I already feel some new energy. After ten+ years I guess it is OK to change things up a bit. I'm guessing it is rare to have a static group which has been together as long as we have.

What have I finished reading the past three weeks?
What books did I have to return to the library unfinished?
What am I currently reading now? 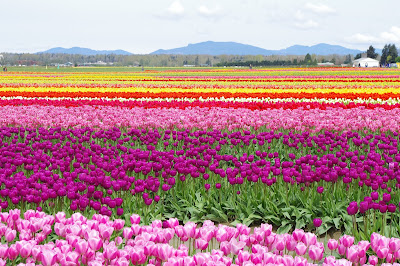 What is Ian up to? Our little grandson is growing so fast. Every day he is learning something new and it is such a joy to watch it unfold right before my eyes. He is very close to figuring out how to crawl, he still doesn't like eating solid food, loves books, balls, and singing.

Movies: We upgraded our cable service so Don and I have been watching more movies lately, as they are easier to find and access. We've watched mostly comedies: "Ghostbusters: Answer the Call"; "The Heat"; "Pitch Perfect 2"; "Table 19"; and one drama, "Fences".

Godspeed: Women's Bible study is exploring the concept of moving at godspeed, a slow enough pace of life that it is possible to make human contact with our neighbors and other people in our "parish". I am really feeling challenged. This is a poem that we contemplated this week:


"Another morning and I wake with thirst for the goodness I do not have. I walk out to the pond and all the way God has given us such beautiful lessons. Oh Lord, I was never a quick scholar but sulked and hunched over my books past the hour and the bell; grant me, in your mercy, a little more time. Love for the earth and love for you are having such a long conversation in my heart. Who knows what will finally happen or where I will be sent, yet already I have given a great many things away, expecting to be told to pack nothing, except the prayers which, with this thirst, I am slowly learning." Thirst, Mary Oliver

Prayers for: My dad and his health and my mother as his caretaker. // My daughter will be deciding this week between two jobs. Life is moving fast for her right now. 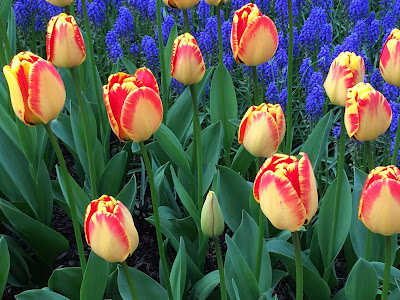 Posted by Anne@HeadFullofBooks at 3:59 PM