The Evergreen Teen Book Award is sponsored by the Washington Young Adult Review Group (WashYARG), a group comprised of school and public librarians from the state of Washington. The award was created to give teens in the state a voice in deciding the best literature aimed at their age group. In order for the books to be considered they must be available in paperback. Students can vote online or mail in their ballots. Winning books are announced in April of each year. The winning book in April of 2014 was Divergent by Veronica Roth.

The 2015 Evergreen Book Award nominees are: 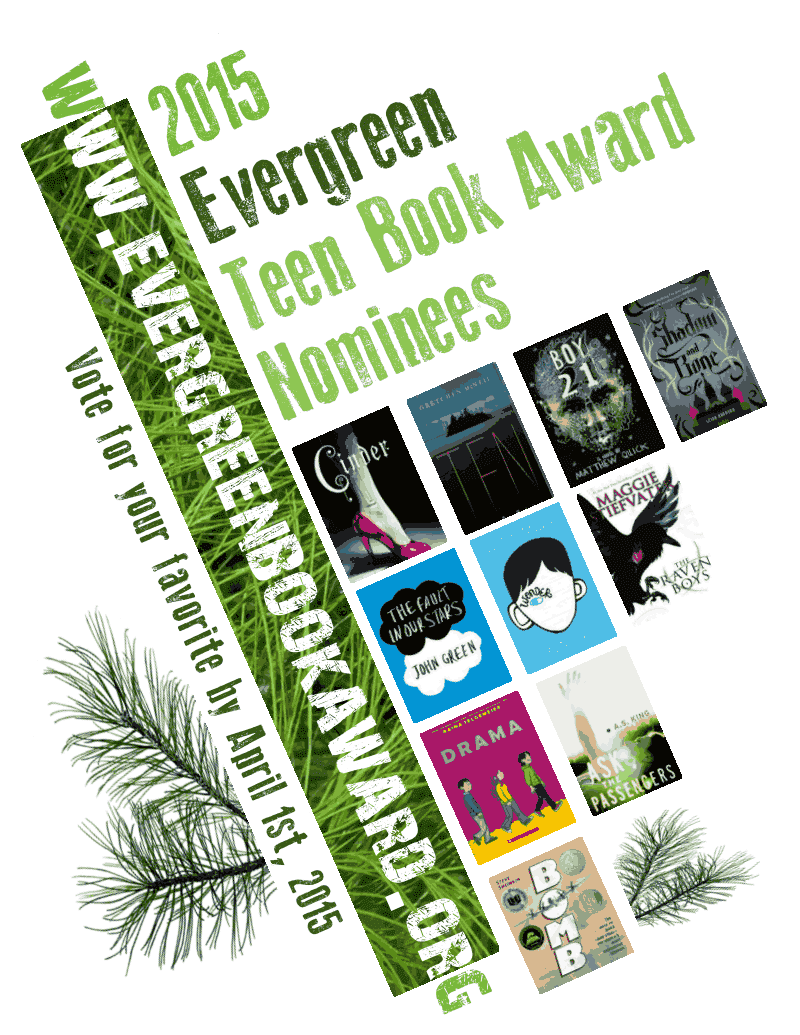 Note: If you are teen librarian from another state (other than Washington) I'd love to hear from you and get the link for your state teen book award name/list.

I did a little research and found a link to all the state book award links. Take a look at The Horn Book: State and Regional Awards. Though I haven't opened up more than a few of the hyperlinks on the list it appears to me that most states use some similar selection process as Washington State. Books on the nominated list are not from the current publication year. For example, the nominees for the California Young Reader Medal Young Adult Award books for 2015 are: The Fault in Our Stars (2012); Daughter of Smoke and Bones (2011); Legend (2011).

Posted by Anne@HeadFullofBooks at 12:02 PM