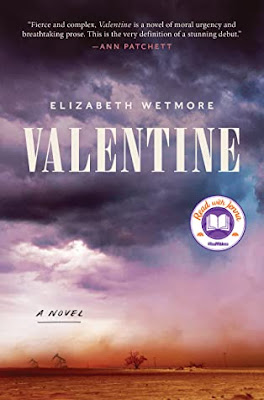 
Sunday morning begins out here is a oil patch, a few minutes before dawn, with a roughneck stretched out and sleeping hard in his pickup truck.


In the church where I grew up, we were taught that sin, even if it happens only in your heart, condemns you all the same. Grace is not assured to any of us, maybe not even most of us, and while being saved gives you a fighting chance, you must always hope that the sin lodged in your heart, like a bullet that cannot be removed without killing you, is not of the mortal kind.

Summary: In 1976 Odessa, Texas is on the cusp of an oil boom. Men embrace the potential prosperity while women know and fear the violence that will follow.


In the early hours of the morning after Valentine’s Day, fourteen-year-old Gloria Ramírez appears on the front porch of Mary Rose Whitehead’s ranch house, broken and barely alive. The teenager had been viciously attacked in a nearby oil field—an act of brutality that is tried in the churches and barrooms of Odessa before it can reach a court of law. When justice is evasive, the stage is set for a showdown with potentially devastating consequences.---the publisher

Told in the alternating voices of six females which shows their vulnerability and their strength. As we learn their stories , as they circle around the first violent event, we realize how these stories help them stay alive.


Review: Valentine was suggested by a book club member due to the enthusiast review she had from her daughter. Based on this recommendation I expected a much different book than this one. First, and the title is partially to blame, I expected a love story. Secondly, I had no idea that the book begins with a horrific rape. I had no trigger warning, but now you do. I did get pretty wrapped up in all the females' stories and never felt fully prepared to move to the next narrator. But I admit throughout the listening (I consumed the audio version of Valentine), I kept asking myself if I actually liked the book, since that is the first question we always have to answer at book club. How can someone like a book when the subject and the setting are so bleak, depressing, and aggravating? But the writing is so strong and characters are very memorable and heroic in their own way. So, the answer is yes.

-Anne
Posted by Anne@HeadFullofBooks at 10:51 PM