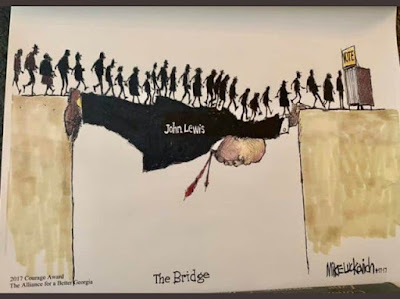 Weather: Saturday morning we awoke to drizzly skies after a hot week. The forecast is for clearing and warmer temperatures Sunday.

This week: No hiking or nature reserves but we are preparing for a vacation to Central Oregon this coming week. Our daughter in S.F. will be joining us. Before she left she sent us a text of this photo of Fred, her cat, with the note, "I'm all packed." 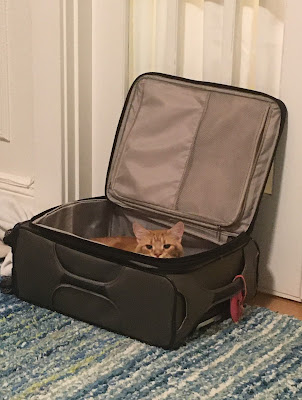 Also this week: We took Ian to a bike event at our church for some fun in the sun. He has a little strider bike. Unfortunately I can't post the video, so you only get to see him holding his little bike. 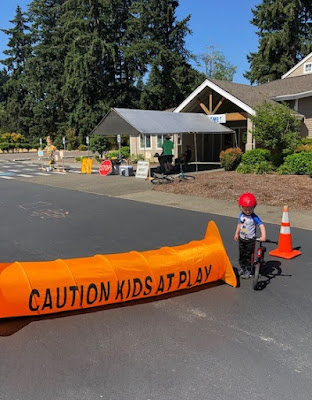 Books:
Good and important news of the week: 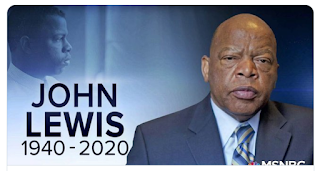 1. Goodbye and thank you, John Lewis:
2. Sinclair Broadcasting has dropped the segment they were planning to show about a conspiracy theory related to Dr. Fauci -- that he created the coronavirus. (CNN) Hmm, I guess they finally decided to look into the kooky claims themselves and decided it was a no-go. Good.

3. Raffi (remember him kids?) wrote a song to sing at the Black Lives Matter protests:

🙏❤️ in solidarity with #BlackLivesMattter, a tribute to the heroic protests vs injustice in Portland and elsewhere: an idea that woke me up 3 am, now recorded. thanks to @LinzMunroe (vocals) and Ivan Rosenberg (dobro). #PortlandMoms #ResistFascism #FloydGeorge #PortlandProtests pic.twitter.com/uzOIQKW056
— Raffi Cavoukian (@Raffi_RC) July 25, 2020

4. Fully 53% of respondents in the latest Civiqs survey released Thursday said they "oppose President Trump, and there's almost nothing that could change that." Once more, those definitely opposing Trump’s reelection outpaced those definitely supporting him by 19 points.

5. 1619 Project. This week Tom Cotton, senator from Arkansas, earned honors as "Worst Senator in the World" for saying, "Slavery was a necessary evil" and went on to elaborate that he doesn't want the 1619 Project to be taught in our schools. (CNN) Of course not. He is a racist. Clear and simple.
I was not that familiar with the 1619 Project until Cotton's attempt to censor it. Censor teaching about slavery? After some investigation, I am very impressed with the content of this New York Times project.
I decided to highlight one aspect of the 1619 Project each week until we read all the way through it. If I link one piece to read, it won't be an overwhelming task. Let's read together purposefully and thoughtfully.
This week's read is fairly short (unless you follow all the links): "Why We Published the 1619 Project." and the introduction, The Idea of America, by Nikole Hannah-Jones. Thanks for joining me, now let's get to it!

6. The best anti-COVID spot is a Nike ad that is an editing marvel and very inspiring. We can do this! (Muse)

7. For you, a feel good moment  watch and/or dance to 'Love Train' by artists on Playing for Change, highlighting kids from Turnaround Arts featuring many stars including Yo-Yo Ma, Jason Mraz and the O'Jays. Here. 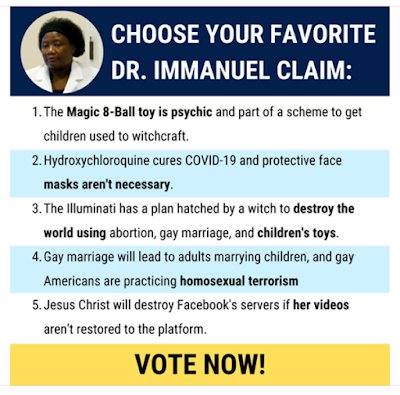 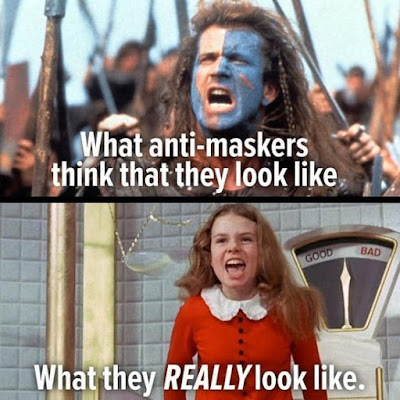 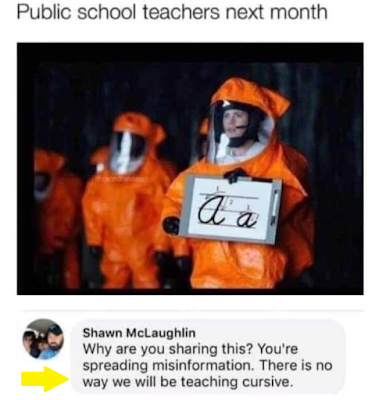 Non sequitur:
Take a moment to breathe. Watch. This is mesmerizing.


I sure do appreciate it if you leave me a comment, even if you disagree with my idea of good news, just so I know you were here. Thanks so much.

-Anne
Posted by Anne@HeadFullofBooks at 6:00 AM