Review and quotes: SOME WRITER! THE STORY OF E.B. WHITE 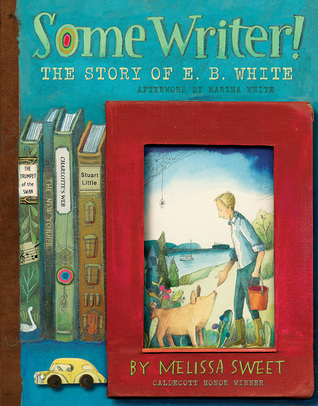 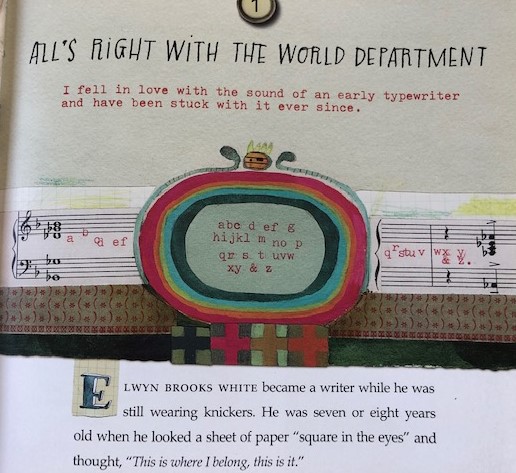 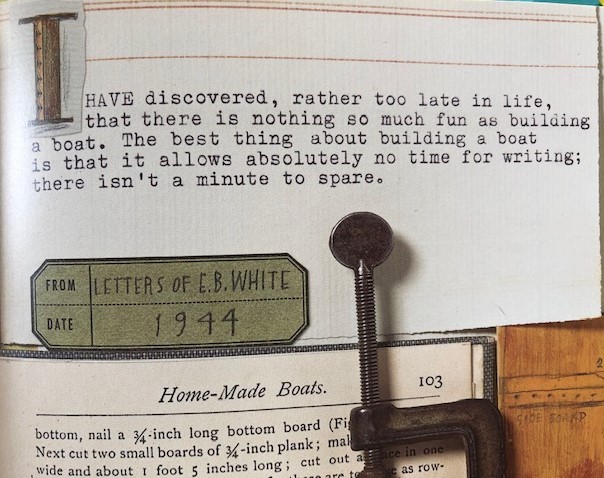 Summary: A middle-grade biography of the beloved author of Charlotte's Web, E.B. White. The author/illustrator, Melissa Sweet, with the blessing of White's family, used family photos, writings and ephemera to bring the biography to life.
Review: As 2019 was coming to a close I busied myself creating lists of books in different categories and genres to highlight the best of the decade. I considered creating one such list for biographies and memoirs but decided against it because I wasn't sure I'd actually read ten that I actually liked enough to list them. If I were to create that list now Some Writer! would be at the top of the list. I liked everything about it: the colorful chapters that followed White's life from birth to death with personal mementos, samples of writings, and lots of photographs.
I had known previously that White had lived on a farm and got the inspiration for Charlotte's Web from day to day living there. What I didn't know was Charlotte wasn't his first children's book, That honor goes to Stuart Little. And that book came out of stories he told his nieces and nephews to pass the time. I also didn't know that even though he lived in Maine he continued to work for the New Yorker throughout his writing career, writing captions for cartoons and he wrote short articles on current events called "Comments" and "Newsbreaks" which were humorous column fillers that poked fun at errors and typos in their magazine and in other publications. As a journalist he wasn't interested in doing beat work and didn't like having deadlines to find and report stories, so writing short, pithy items was right up his alley.
What White really liked was the quiet life on the farm, building boats and sailing, spending time with his son and wife and doing farm chores.
Some Writer! is a gorgeous book and so inviting. I imagine that children find the book very appealing. In 2018, the year it was published, Some Writer! earned six starred reviews and ended up on several "best books of the year" lists. When I was checking out the Internet for the specifics on those awards I found a list of them separated by exclamation points (!!) The list maker was clearly a fan of E.B. White and his most famous character, Wilbur, or Some Pig!
Book Beginnings on Friday is hosted by Rose City Reader. Share the opening quote from current book.The Friday56 is hosted at Freda's Voice.  Find a quote from page 56 to share.
Visit these two websites to participate. Click on links to read quotes from books other people are reading. It is a great way to make blog friends and to get suggestions for new reading material.
-Anne
Posted by Anne@HeadFullofBooks at 5:00 PM