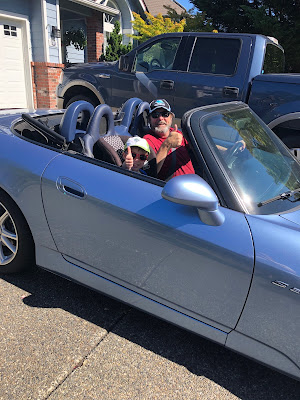 Ian and Grandpa head out for a spin in the sports car.

Weather: Lovely temperature with blue skies. Don is outside working on staining the boards for our deck covering underside.

Fastest, longest round trip: Friday I flew down to San Francisco where my daughter lives and Saturday morning we climbed in her car with her two cats and we drove all the way back to Washington State in a little over 13 hours. We all thought we were going to die, including the cats, while we were in Northern California and Southern Oregon because the car's air-conditioning doesn't work. Temperatures were over 90 degrees. The poor cats were panting they were so hot. We resorted to throwing ice on them on intervals. At first they hated it, but soon they didn't even flinch when new cubes were thrown on them realizing that the ice helped cool them down a bit. By the time we got home the temperature was around 60 degrees. We lived through a 35 degree range in that thirteen hours.

Good News: There was so much bad news this week---double hurricanes; Black Lives Matter protests that turned into killing sprees; people getting their second diagnosed case of COVID; Evangelical Jerry Falwell was exposed for sexual misconduct and lying; and just about everything related to the Republican National Convention. And yet there was this good news:

1. Republicans turning on Trump for good reasons. This is one of the best.

1a. Others endorse Biden also:

2. Mask wearing does protect the wearer and if they get sick (even though they wore a mask) their symptoms are less severe. This is more ammunition to use in the debate about the usefulness of mask-wearing. (EcoWatch)

On the lighter or more disturbing side:

1. Hello Kettle. This is the Pot calling... As it turns out, the Trumps who all work for their dad, who worked for his father, are calling out Hunter Biden for nepotism, and this speaker, Pam Bondi, got her job through her father's connections.

This was a speech against nepotism. pic.twitter.com/Kgdqwv2mTF 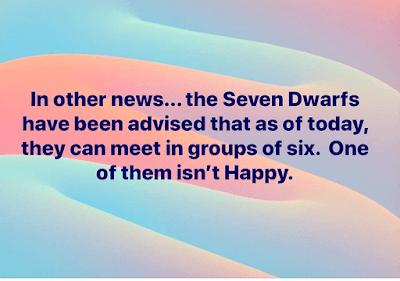 4.This is totally us. We can't get the darn bags open. Ha! 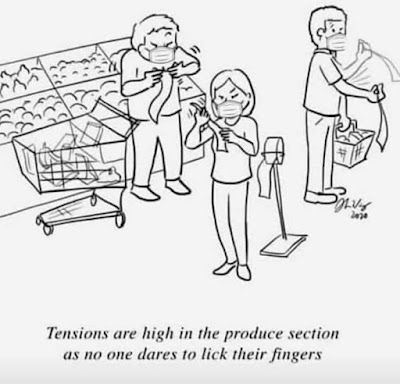 5.My husband suggested another day of the week: Blursday... 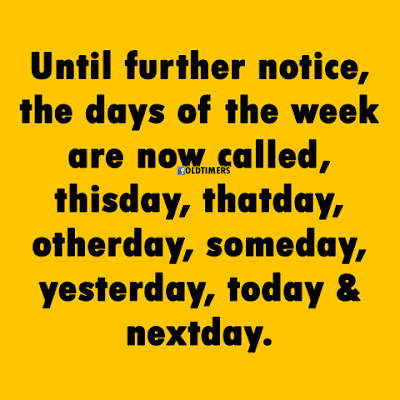 6. If you think the directions about school openings are unclear, you are not alone. (Sent to me from my sister, Grace, who happens to be a teacher)... 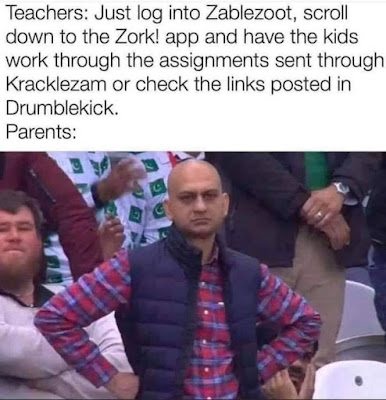 7. Some general thoughts on 2020. (Sent to me by my daughter, Rita.) My favorite one is the swimming pool example... 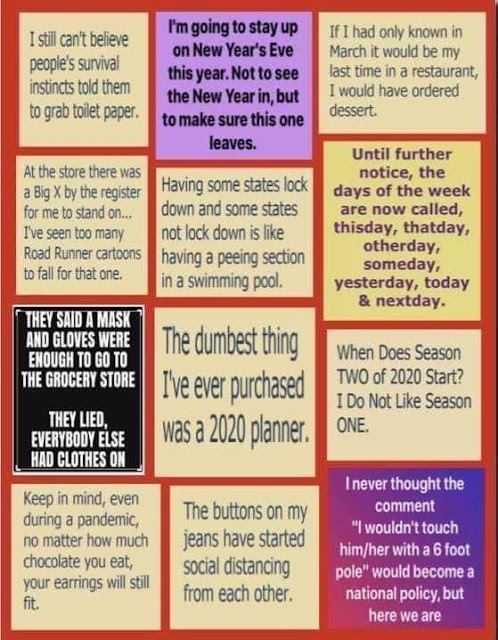 8. As you can tell, I didn't watch any of the RNC, except for replays on the news. But I did go on Twitter to see what others were thinking and I stumbled upon this trending thread called #GuilfoyleChallenge. I read the thread over at Raw Story and was howling with laughter. Check it out. My favorite is the goat, second favorite Godzilla. (Raw Story.) Then I had to laugh about the Stephen Colbert update after night four where he made fun of just about everything but especially Melania Trump's green dress which just screamed "green-screen me!" (CNN) If you have a minute check out both of my links.

9. The Daily Show's Trevor Noah is taking out ads across the country. Go ahead and call. We did. Start with option 1, then select option 2. Very funny. 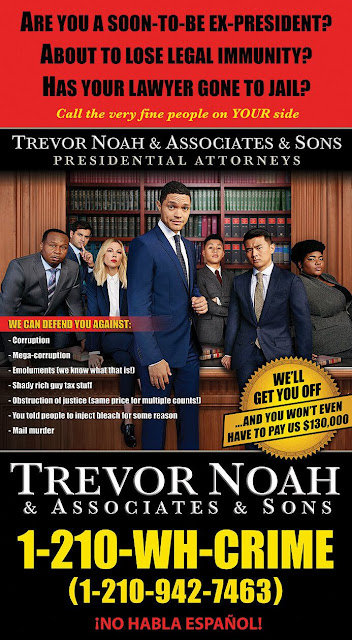 Super Feel-Good Music. On October 14th, 2018, Koolulam partnered with King David Schools, Johannesburg, South Africa, and gathered 3,500 South Africans to celebrate the 70th anniversary of King David Schools and the establishment of the State of Israel. Within 45 minutes they learned a new arrangement of OneRepublic's "I Lived". This song will make your heart happy today!

I know I say this every week, but I hope that you find something here that speaks to you, that makes you think, feel, and/or laugh. Please leave me a comment in the section below (or on Facebook) so that I know you visited. As you see, I also love to post funny or newsy things that are forwarded to me during the week. If you find something, text or email them to me and I'll see if I can work them in. Thank you for taking the time to read this.

Posted by Anne@HeadFullofBooks at 12:55 PM