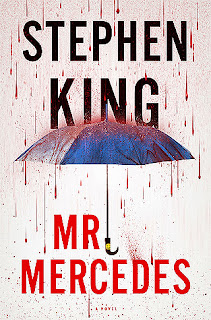 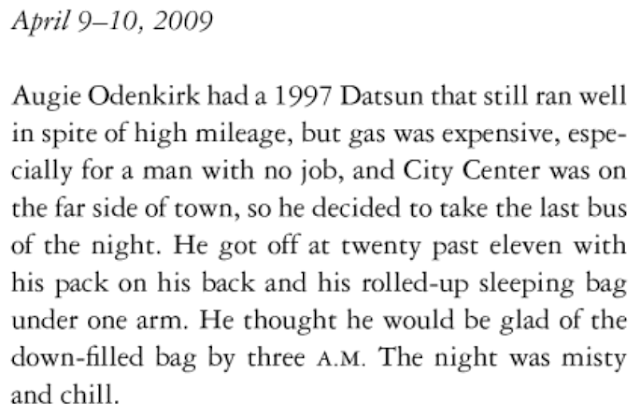 Summary: Bill Hodges is an overweight, retired cop with too much time on his hands. Daytime TV is about his only activity. His inertia has caused him to reflect on his life and has found it lacking. Maybe he should just do himself in. He has a gun, after all. Then one day he gets a letter in the mail from the Mercedes killer, one of the few cases unsolved at the time of his retirement. In it the killer taunts Hodges and encourages him to commit suicide. Suddenly Hodges has a renewed raison d'etre-- to catch the SOB. He can't do it himself, however, and he doesn't want to report what he knows to his old friends at the police station, so he gets help from two unlikely people---his seventeen-year-old neighbor and Holly Gibney, the cousin of his first client, Janey Patterson. The trio succeed against all odds.

Review: I wouldn't call myself a Stephen King fan. I just can't read horror fiction because I get too frightened. When I read a review of Mr. Mercedes by Sue at Book by Book I thought that it sounded like a King book I could read---a mystery with a old cop as the private eye. I read somewhere that the Bill Hodges trilogy, of which Mr. Mercedes is the first book, is King's first foray into the mystery genre. I don't know that for a fact, but if it is there is now proof that Stephen King can write anything if he wants to and write it well.
The first half of the book is populated mainly with Bill Hodges and his initial detective efforts, and with Brady, the psychopathic Mercedes killer who is clearly upset that Hodges doesn't want to kill himself. We learn a lot about both characters and what makes them tick. At one point Hodges is given a fedora by his client. He is told to wear it with a jaunty dip. The hat seems to be a literary nod to all the old time private detectives of previous generations like Philip Marlow in The Big Sleep. At about the midway point in the book the fedora is burned up. From that point forward King takes the plot on a different trajectory, as if he is saying goodbye to his old counterparts who wouldn't have taken the plot to such extremes in the early days of the genre. In Mr. Mercedes, Bill Hodges starts to shrink while his other protagonists grow. Holly Gibney is a quirky, off-beat character and an unlikely hero. Her role in the book was especially refreshing and I hope to meet her again in another King book, maybe the second book in this series.
My husband, daughter, and I listened to the audiobook version of Mr. Mercedes as we traveled to a family gathering last week. It is expertly read by Will Patton, a favorite audiobook voice actor. He has a deep, gravely voice which adds texture to the written word. Before we left on the trip I had cued up three audiobooks for us to choose from. The three of us settled on Mr. Mercedes because Stephen King is known for his riveting writing. And, boy, was it riveting. By the time we got home we still had over two hours of the book left to finish. Our daughter finished listening on her plane ride back to San Francisco. Don and I sat in our family room together listening with rapt attention to the book's climax and conclusion. I had to laugh when I saw this quote from the review in the Sarasota Herald Tribune, "A full-throttle sprint to the finish; the last eighty pages cannot be doled out over multiple reading sessions. You'll have to swallow them in one gulp." That was us, swallowing the last of the book in one gulp, listening to it late at night in a darkened room. We were pretty sure that Bill Hodges would live--he has a sequel with his name on it--but we had no idea what would happen to everybody else. Gulp!
Now that I'm a fan of the Bill Hodges trilogy I should note that there is a TV series about him. Guess I'd better check that out, too. After, that is, I read the next two books in the series.

-Anne
Posted by Anne@HeadFullofBooks at 2:39 PM