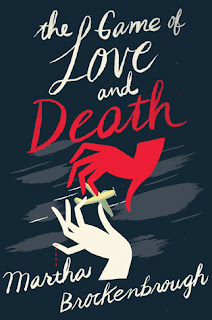 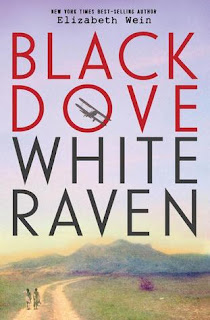 I recently read two books in rapid succession not realizing until I was in the middle of the second book how similar they are. Yet they are very dissimilar in many ways, too. The two books are Black Dove, White Raven (BDWR) by Elizabeth Wein and The Game of Love and Death (GLD) by Martha Brockenbrough. As I was reading the second book a venn diagram kept popping up in my head so I had to create one for you to see. A few times I even wondered if the authors were friends and decided to challenge each other to write a YA novel set in the 1930s where one character was black and the other white, where one character was overtly or covertly a homosexual, and where one or both of the main characters flew bi-planes. What are the chances of two books published in the same year having so many similar and unique characteristics? 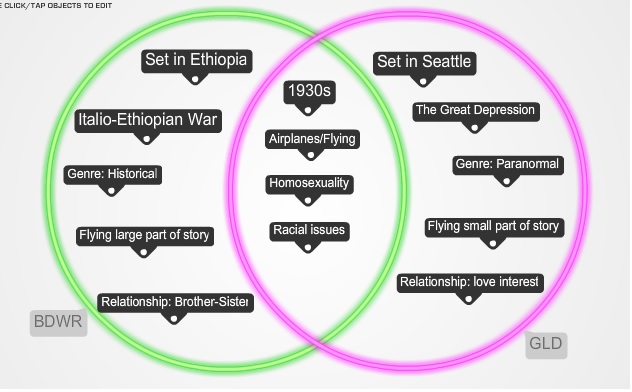 Now for the differences...
The setting:
BDWR is set predominantly in Ethiopia with a few of the initial scenes set in Pennsylvania and other parts of the USA. This is only the second book I've ever read set in this African country. The writing was very descriptive so I could easily imagine myself in the setting, feeling the warm earth, smelling the food cooking, seeing the blue skies as the characters flew their plane among the clouds.
GLD is set in Seattle but it really could have been set anywhere on the West Coast in the 1930s there were few references to places specific to Seattle, such as Elliott Bay, Mt. Rainier, or even the steep hills of downtown. Being from the Seattle area I had hoped to recognize the city in the book and I didn't.

The genre:
Since both books are set in the 1930s if would seem that both should be categorized as historical fiction but that isn't the case. BDWR was clearly about events from history---the Italo-Ethiopian war from 1935 to 1936; barnstorming in the 1920s; the coronation of Emperor Haile Selassie; and events leading up to WWII. My knowledge of African history is very limited and I was shocked to learn of this very one-sided war where one side fought with guns and chemical weapons and the other side fought with spears.
Though set in 1930s with a few references to Hoovervilles, mobs, and soup kitchens GLD wasn't really historical in nature. It begins with an agreement between Love and Death to see who will win the game again. Death always wins but Love is always hopeful. The two unwitting pawns in the game, Flora and Henry, fall inexplicably in love even though she is black and he is white. Because of the workings and interferences of both Love and Death I would categorize this book as a paranormal romance.

Relationships:
As I said before the main characters in GLD have a love relationship despite their socioeconomic and racial differences. Emilia and Teo in BDWR are raised as brother and sister when Emilia's mother adopts Teo after the untimely death of his mother. They like to think of themselves as Black Dove and White Raven like their mothers were before them.

Flying:
Whereas both books involve flying, it is only a minor part of the storyline in GLD but a major part of the plot of BDWR and the reader learns quite a bit about the early flying machines and what it took to pilot them.

One more difference:
I read the print edition of GLD while I listened to the audiobook of BDWR.

My recommendations:
I liked both books but I liked BDWR best because of the accuracy of historical information. If I read a book AND learn something along the way I really feel liked I've earned a bonus. I have a sneaking suspicion that my students will feel just the opposite. I think they will like GLD better because of the romance and tension created by "the game." Both are well-written yet both, surprisingly, are a bit of slow-starters. This is the third book I've read by Wein and that has been rap I've given her each time...her books start off slowly but once the characters are developed and setting described the stories are completely captivating. This is first novel for Brockenbrough.
Looking for a good YA book? You won't go wrong with either of these books Black Dove, White Raven and The Game of Love and Death. I just suggest that you NOT read them in such close proximity to each other as I did or you may find yourself creating venn diagrams in your head, comparing and contrasting the similarities and differences.

Posted by Anne@HeadFullofBooks at 5:18 PM