TTT: Favorite nonfiction books read in the past decade 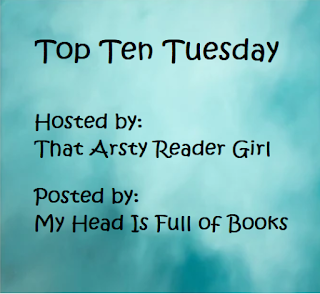 I'm off the board this week with my Top Ten Tuesday topic:

Today is the first day of Nonfiction November so I decided to list some of my favorite nonfiction books from the last ten years.

2012:
Playing the Enemy: Nelson Mandela and the Game That Made a Nation by John Carlin (c. 2008)
I challenge you to look back on your nonfiction selections from the past decade. What were some of your favorites?
-Anne
Posted by Anne@HeadFullofBooks at 8:45 PM