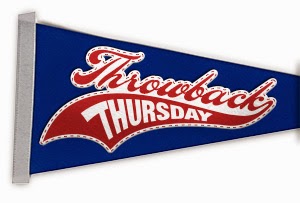 Ten years ago I was on summer vacation from my high school teaching job and I was finishing up my course work which prepared me to be a teen librarian.  My husband was serving duty with the Washington Army National Guard in Iraq for 15 months. My daughters were in junior and senior high school. I was recovering from a hysterectomy. And apparently, I was into reading nonfiction. Here are three of the books I read during the summer of 2004 with the short reviews I wrote at the time:

Life is So Good by George Dawson and Richard Glaubman
"George, a son of slaves, learned to read at age 98. This is the remarkable story of his life. Inspiring. Nonfiction."- read July 2004.

I had forgotten completely about this book until I looked back in reading log that I kept back then. This was an amazing book. Can you imagine now determined this man was to learn to read at the age of 98? He experienced so much racism in his life, too.  Though we still have a long way to go, things are much better than they were. The book was published in 2000. Dawson died in 2001 when he was 103 after earning his GED earlier that year.

Nickel and Dimed: On Not Getting By in America by Barbara Ehrenreich
"Oh my gosh. How can America allow the inequality of wealth to exist and continue? An excellent statement of where we are as a nation. Disturbing and revealing. Nonfiction" -read August 2004.

This is one of those books that has really stuck with me. I can't believe that I read it ten years ago since it is so fresh in my mind. Ehrenreich conducted an experiment to see if she could live on minimum wage.  She reported her experiences and how hard she had to work to barely exist. If you get a chance to read this do. Though some of the information would obviously be dated now, I highly recommend you read it as you consider all the current legislation about raising the minimum wage in America.

The Bookseller of Kabul by Asne Seierstad
"Seierstad, a Norwegian author, lived with the bookseller's family for several months in order to get an accurate account of what it is like to live in Afghanistan today. She said she has never felt as angry and argued as much as during the time she spent with this family. Much of her frustration stemmed from the horrible treatment of women in Islamic cultures. The bookseller, though progressive in many definitions of the word, ruled his family, especially the women, with an iron fist. Everyone seemed miserable. The book opened my eyes to the tremendous cultural differences we face with Islamic countries. Nonfiction."- read August 2004

I was especially interested in this book since my husband was in Iraq at the time I read it. After reading I wasn't sure that there was any way that we (America) were going to be able to have much impact on this country because it is obvious that we don't think about the world the same way. I should say that Ann Marlowe, writing for Salon.com in 2003, didn't like this book and thought it was inaccurate.  Take a look.

What were you reading ten years ago? Can you remember? It was really fun for me to take a look back and recall what was going on in my life at that moment and what I thought of the books I was reading.