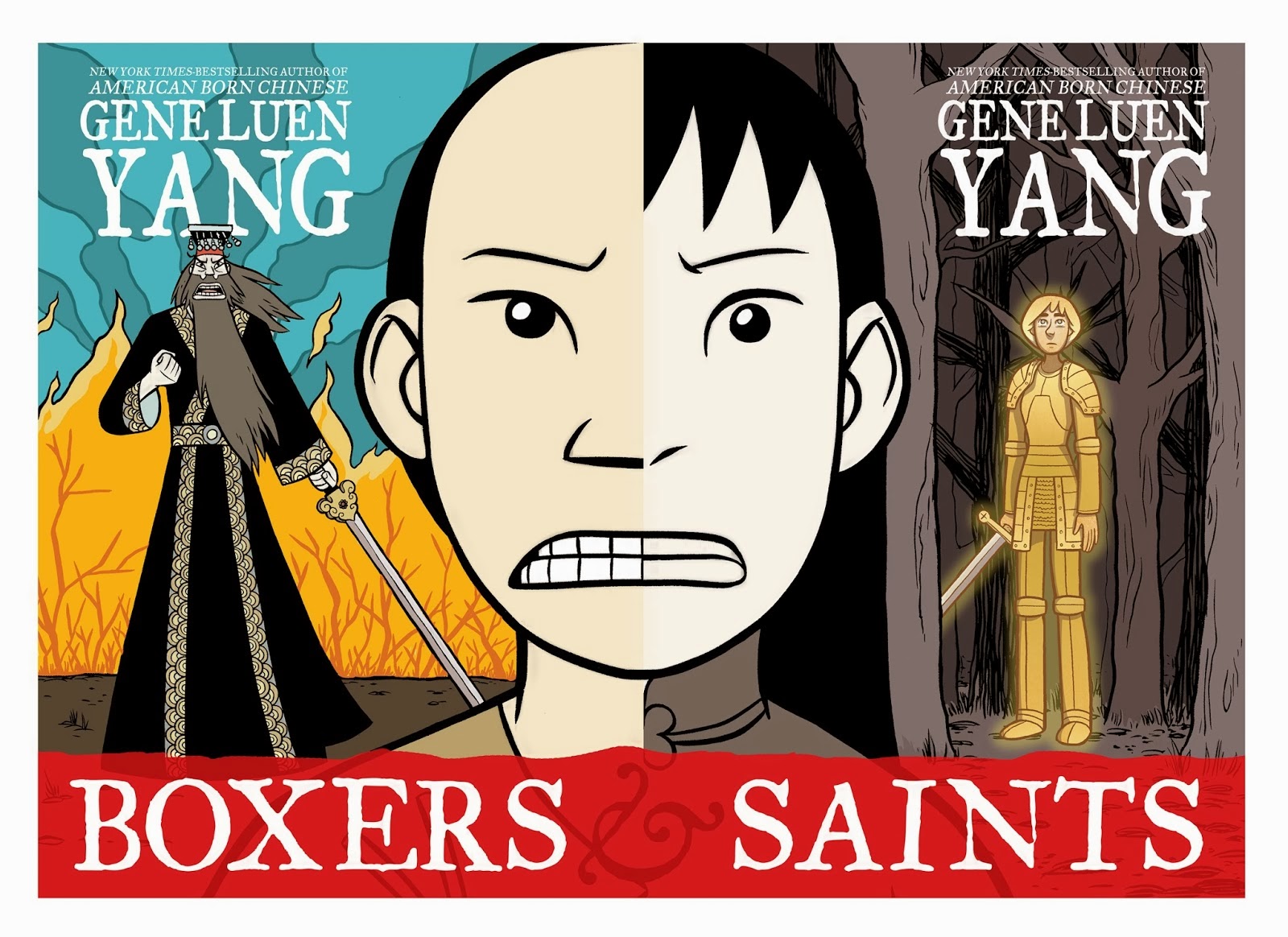 Boxers and Saints is a marvelous, and I mean marvelous, two book graphic novel set by the acclaimed author/illustrator Gene Lue Yang. In these books we learn a bit about the Boxer Rebellion in China from two points of view, because, as the info on the back says, every war story has two sides.

The Boxer rebellion was a violent peasant uprising in turn-of-the-century China. In Boxers Little Boa, a young peasant who learns to harness the power of the opera gods, goes after the European outsiders for destroying their ancient traditions and rituals. In Saints, a young Chinese girl, Four-Girl, converts to Christianity and finds acceptance and purpose that she couldn't find at home. Their stories collide as the two sides come to blows. David Berry, writing for Afterward sums it up this way: "Boxers and Saints is at once historical fiction, mythical tale, and modern dilemma."

I thought a lot about the modern dilemma aspect of history as I enjoyed these books. As a Christian I believe that "Jesus is the way" but do I have the right to go to another part of the world and tell people that their ways are wrong because they don't match mine? I would certainly hate it if someone attempted to do it to me or to my family members. It brought to mind books I've read in the past like Things Fall Apart by Achebe and The Poisonwood Bible by Kingsolver which speak to a similar subject in Africa. And I continued thinking about the dilemma when I recently read The Round House by Erdrich which touches on injustices to Native Americans by the government and the church.

Because Yang uses the graphic novel so well information about this time period in China will be easily accessible to young adults. I wasn't the hugest fan of his award-winning graphic novel American Born Chinese, but I will fall all over myself with praise for this set and see it as one of the front-runners for this year's Printz Award.