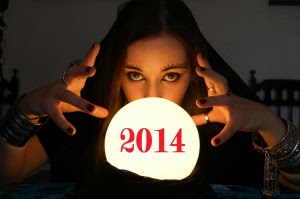 Every year about this time I start obsessing about the possible Printz Award books. In September two other high school librarians joined me in selecting a handful of books we think might be potential Printz award winners. Then we set a team of students to work reading them. This year we selected 15 books. See list here. I had an initial team of over 50 students willing to make a stab at reading at least five of the books on the list. They also agreed to attend the workshop where we, the team, would pretend to be the Printz selection committee choosing the book we think will be the winner. My team has whittled itself down to around 30 loyal readers. I can't wait for the Mock Printz Workshop which will be on January 23rd after school.

For the workshop I like to be uber prepared with information about the books, the authors, and the whole Printz selection process. In addition, I want to have an idea what other bloggers and reviewers are saying about the books. This year I decided to look at this information with a mathematical eye to help me make informed decisions.

In addition professional book reviewing sites and some newspapers publish their list of favorite books at the end of the year. At this time they cull through their own starred reviews and select their best of the best. I looked at six sites that published end of the year "FAVORITES" lists:
-New York Times- Notable Children's Books;  (N)
-Hornbook-Fanfare! ;  (H)
-Publisher'Weekly- Best 20 books of 13 ; (P)
-School Library Journal- Best Books of 2013, fiction (S)
-Kirkus Reviews-Best Teen Books of 2013  (K)
-Booklist Online- Editors Choice, Young Adults  (B)

Here is what I found:

On all six lists:
On four lists:
On three lists:
Another thing to consider is the National Book Award finalists: (These are announced in November.)


And the Horn Book/Boston Globe winner and finalists: (Announced in May)


Now to my complicated mathematical scoring to determine my prediction of the winner and honor books. I will use the scoring method used for dual track meets at the high school: 5 pt for 1st; 3 for 2nd; and 1 pt. for 3rd. I will also give additional points for placement on the National Book Award and Horn Book Awards.  See scoring in red above.

Now for the total points:

Based on my elaborate and complicated scoring system I predict that Eleanor and Park will take the 2014 Printz Award. Far Far Away and Boxers/Saints should take honors for sure and the judges will have to employ some other scoring system to break the tie further down my list.  Ha!

What do you think of my scoring system? Do you agree or disagree with my analysis? Let's hear your opinion now.