Book titles and covers that "made" me buy/pick up the book. (That doesn't mean I have necessarily read them, though.)
Top Ten Tuesday is Hosted by the gals over at The Broke and Bookish

The Girl Who Circumnavigated Fairyland in a Ship of Her Own Making by Catherynne M. Valente
Who doesn't want to read a book that has the word circumnavigated in the title?

Alexander and the Terrible, Horrible, No Good, Very Bad Day by Judith Viorst
I feel like this quite often.  Don't you? 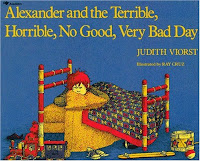 How Not to be Popular by Jennifer Zeigler
I think both the title and the cover are funny.

The Boy Who Couldn't Sleep and Never Had To by D.C. Pierson
When I received this book in the mail I actually thought someone had scribbled on the cover before sending it to me.

You're Only Old Once: a Book for Obsolete Children by Dr. Seuss
A lot of Dr. Seuss books could be on this list. This title struck me as funny when I purchased it a few years back.

Halo by Alexandra Adornetto
This is the only book on the list that I actually purchased because of the cover. It's lovely.

Jane Austen Ruined My Life by Beth Pattillo
I had to buy this book.  How could Jane Austen wreck anything?

Dogzilla by Dav Pilkey
Actually my sister was the one who bought this book.  But isn't the title compelling? 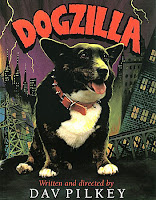 Withering Tights by Louise Rennison
One of my students checked this out because she is such a huge Wuthering Heights fan. Ha!

Unexpectedly Eighty by Judith Viorst
I found this book during the Borders end days (sigh) and gave it to my dad who is eighty. He and my mom love it. 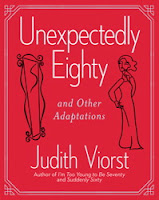 Posted by Anne@HeadFullofBooks at 9:31 PM