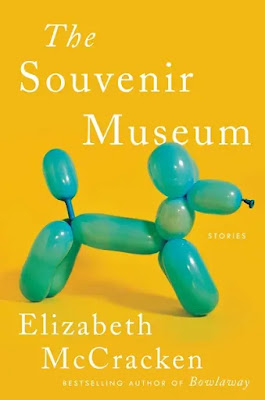 After reading through the 2021 National Book Award longlist for fiction last week I investigated each of the ten books a little further so as to make an informed decision about which ones I should attempt to read before the committee announces its final award in November. I settled on reading The Souvenir Museum by Elizabeth McCracken first because of this fantastic review written by Heller McAlpin for NPR. If the book is half as funny as the review, I thought, this is the one I want to read.

I am a fan of well-written short stories and enjoy the form when I am a bit unsettled (who isn't right now?) or when I'm traveling or, as I am right now, when distractions tend to make reading more difficult. McAlpin assured me the stories in The Souvenir Museum would help pull me out of any funk I was in. And she was right.

In the first story, "The Irish Wedding", McCracken introduces us to Jack and Sadie, who make appearances in four other stories in the collection. Sadie, a short, round American girl is attending a wedding of Jack's middle sister in Ireland. Jack's family is English, eccentric, and chilly. They all dress like they work in a stable and love to go for long walks and find scatological jokes hilarious. They all hold some disdain for anything American which seems to extend to Sadie. When Jack asks her how she is doing, she says, "I've had anxiety dreams more relaxing." 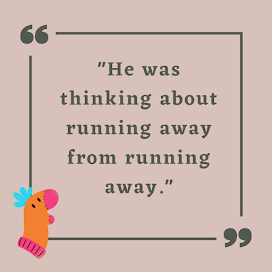 In "Two Sad Clowns" we meet the couple, Jack and Sadie, at the very moment they meet each other, after a winter puppet parade in Boston. In the "Get-Go" Jack's growing up years are contrasted to Sadie's, whose mother nearly smothers her with devotion. Continuing that theme, in "A Splinter" Jack runs away from home because he thinks he wants to become a ventriloquist. He ends up living with an older, controlling woman, Lottie, and is rescued by his sisters in the nick of time. He was just beginning to think "about running away from running away" but wasn't sure where to go. "Nothing, Darling, Only Darling, Darling" is the last story in the collection and once again we meet Jack and Sadie, this time on their honeymoon. It provides a nice bookend to their first story, two weddings. One at the beginning, one at the end.

Fortunately the other seven stories are just as charming as the Jack and Sadie stories. I was struck by how odd, yet appealing McCracken's characters are. Some are single parents, others are puppeteers or balloon artists. All are seeking love or meaning in their life. Many are lonely or coping with terrible circumstances. Most are misfits and question their own abilities. In "Mistress Mickle All At Sea", the character Jenny Early doesn't even feel like her name fits her. "49 seemed too old to her to be Jenny and too late to be Early." Later she described herself as having "spiritual arthritis." In another story a chair is described as looking like it was made "from the skin of Gideon bibles" and in another story a couple compares their bed-making skills: He does, she doesn't. A made bed is described as "a love letter you mailed to yourself in the morning that arrived at the end of the day." Those types of quotes/quips populated the whole book, delighting me throughout. (I had to share the bed-making quote with my husband because he always makes the bed first thing in the day, saying it is a way to start the day off right, one goal accomplished.)

In addition, I enjoyed the way McCracken took phrases we use as endearing and turned them on their head. For example, the mother in "Birdsong in the Radio" loved her children so much she just wanted to eat them up. Literally. Don't you say that about rosy-cheeked babies, that they look good enough to eat? I do. It made me laugh to think about taking a phrase literally and playing it out to its horrifying end.

And what of the story that titled the book, "The Souvenir Museum"? Well, you will just have to read the book to find out what it is. Hint, it involves thievery.

I was delighted with The Souvenir Museum, the whole collection. None of the stories disappointed, though some delighted me more than others. I highly recommend it to you.

Posted by Anne@HeadFullofBooks at 12:29 PM