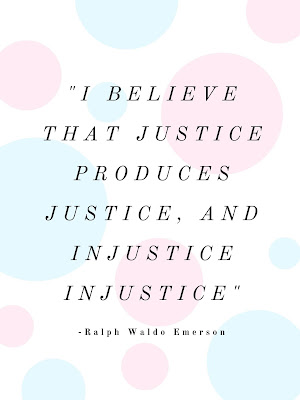 Mary Oliver was an American poet and essayist who published more than thirty books in her lifetime. Her poetry is prized for its accessibility for common men and women who want to read poetry which inspires without having to obtain a MFA in poetry to understand it. Oliver rarely mentions people in her poems but the verses are full of living beings. She had a sharp eye for observing and appreciating all aspects of nature. Though she preferred to write poetry she also wrote many thoughtful essays on a variety of topics. Some of her books would be a collection of both essays and poems like Long Life: Essays and Other Writings, published in 2004. I found the Emerson quote at the end of her excellent essay on Emerson and his continuing contributions to literature and to public discourse over a century and half after he lived. The essay made me want to drop everything and run to the library to find something written by the famous transcendentalist. Clearly Oliver is huge fan of Emerson and aspired to write to his level. She said, "I think of him whenever I set to work on something worthy. And there he is also, avuncular and sweet, but firm and corrective, when I am below the mark."

I am still making my way through Long Life but recently completed three poetry books by Oliver: Swan: Poems and Prose Poems (2010); The Truro Bear and Other Adventures: Poems and Essays (2008); and The Leaf and a Cloud: A Poem (2000). I just counted and these three make the total number of Oliver books I've read at fifteen. Among the fifteen is her huge compilation of favorites: Devotions, and her National Book Award winner, New and Selected Poems. Because I've read these compilations I find myself running into some of the same poems in her separate and smaller volumes of poetry. This is often a cause to celebrate or to at least slow down and pause, thinking about how the poem impacted me the first time I read it compared to the present moment. Or it is possible I have read her books more than once without realizing it. I just noticed, as a case in point, that I wrote this blog post in July of 2017 and it included a poem "Passing the Unworked Field" from Swan. That poem is about the lovely and lowly Queen Anne's Lace flower/weed. It has always been a favorite of mine because of, um...it's name. (I'm an Anne with an 'E', too!)

Whenever I read a volume of Oliver's poems I am usually struck by short phrases that she inserts inside the poems which don't seem to match the topic but, if one takes the time to think about it, is probably the point. For example in the poem "Lark Ascending" she describes the lovely song on the morning air made by this singular bird with a yellow beak, then she is musing about her own life and what kind of thanks she's like to convey for the gift of her own life. I don't know whether it would be / of the heart or the mind. I know / it's the poem I have yet to make. I, too, want to sing forth my thanks for the gift that is me.

I was laying in bed last night thinking about The Leaf and the Cloud. It is billed as 'a poem' yet it clearly has identified seven titled sections. Isn't that seven poems, my mind mused? Then it hit me, this is like the poetic version of a symphony. Beethoven's 9th Symphony, for example, is made up of four movements (Allegro, Scherzo, Adagio, and Presto) each builds on the first but uses a different time meter and dynamics, building to the last dramatic movement that may bring the audience to their feet. In The Leaf and the Cloud, Mary Oliver writes an astonishing book length (55 pages) poem in seven parts, each building on the first and each about "questioning and discovery", and about "what is observable and what is not." It is about what "passes away and what persists." (Quotes from the book jacket.) And I would add, about God and eternity.  I did consume this long poem in one sitting, as if drinking a cold drink on a hot day. In the end I was refreshed and ready to go on. And finally even the mind comes running, like a wild thing, / and lies down in the sand. / Eternity is not later or in any unfinadable place.

As I read this poem, "Black Snake" I think about my grandsons who love to play peek-a-boo. Eyes hidden and grandma is gone. Eyes back, so is the grandma.

I started a young black snake, he
flew over the grass and hid his face
under a leaf, the rest of him in plain sight.
Little brother, often I've done the same thing. 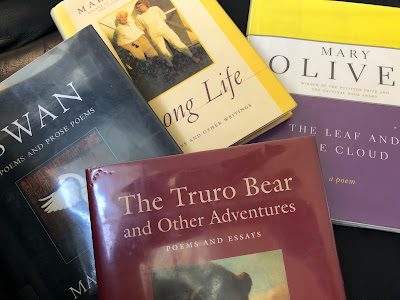 All the books mentioned today were checked out from the public library...a wonderful place to find poetic treasures.

Posted by Anne@HeadFullofBooks at 3:10 PM