TTT: Authors that don't get the love they deserve 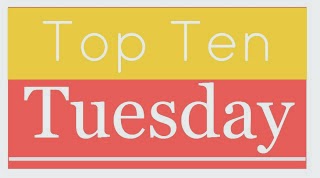 Top Ten Tuesday's topic is authors I've only read one of their books. I am putting a twist on that theme and will focus on authors who do not get the love they deserve by students in my library. (In no particular order.)

1. Garth Nix: I am crazy about the Abhorsen series by Nix. I practically have to beg for students to start the series, let alone finish it.

2. Patrick Ness: The same thing goes for Ness. Kids are a bit intimidated by the Chaos Walking series by size. Once they start the series, however, they are likely to finish it.

3. David Levithan: LGBT students often search for authors that speak to their issues but Levithan is often overlooked. His most popular book at the school is The Lover's Dictionary, which wasn't written as a YA book, and Every Day which isn't a LGBT-themed book. Sigh.

4. Stephanie Perkins: Shockingly Perkins isn't as popular as you would think based on all the love she gets on the blogosphere. Kids like Anna and the French Kiss, but practically ignore Lola and the Boy Next Door. Her new book has been checked out once, but the school year is new. Teen readers are so streaky.

5. Cory Doctorow: I am crazy about Little Brother and have two other Doctorow books in the library which are all largely ignored. I sometimes wonder if students avoid books because I am pushing them.

6. Sara Zarr: Her most popular book in my library is her first novel published in 2007, The Story of a Girl. Students will read it if I remind them but don't usually make their way to her other books.

7. Marcus Sedgwick: The Printz Award winner, Sedgwick is a top-notch writer but students are reluctant to select his novels, even Revolver which is a mystery that involves a gun. Admittedly, though I liked it a lot, Midwinterblood is a very different story that is difficult to understand unless approached by a sophisticated reader.

8. Terry Pratchett: Pratchett fans will read everything by this author but that has been very few students over the years.  Those that find Pratchett, though, LOVE him (and should.)

9. Libba Bray: in one of my top five favorite YA authors. She doesn't get near the love she deserves in my library from the students.

10. A.S. King: another top-five favorite author of mine whose books don't circulate as much as they deserve.

Posted by Anne@HeadFullofBooks at 9:23 PM