Back in the early 1950s my parents lived in Boston. My dad was in seminary at Boston University. My mother worked as a new nurse at Boston Floating Hospital. They lived in a tiny studio apartment near Fenway Park. They became Red Sox fans during their time in Beantown but they couldn't often afford tickets to the games. Instead they would sit on their stoop, listen to the game on the radio, and hear the noise from Fenway.  Since that time they have wanted to go back.  This week they met up with my brother in Boston and went to a game at Fenway Park.  Isn't this a cute, happy photo? 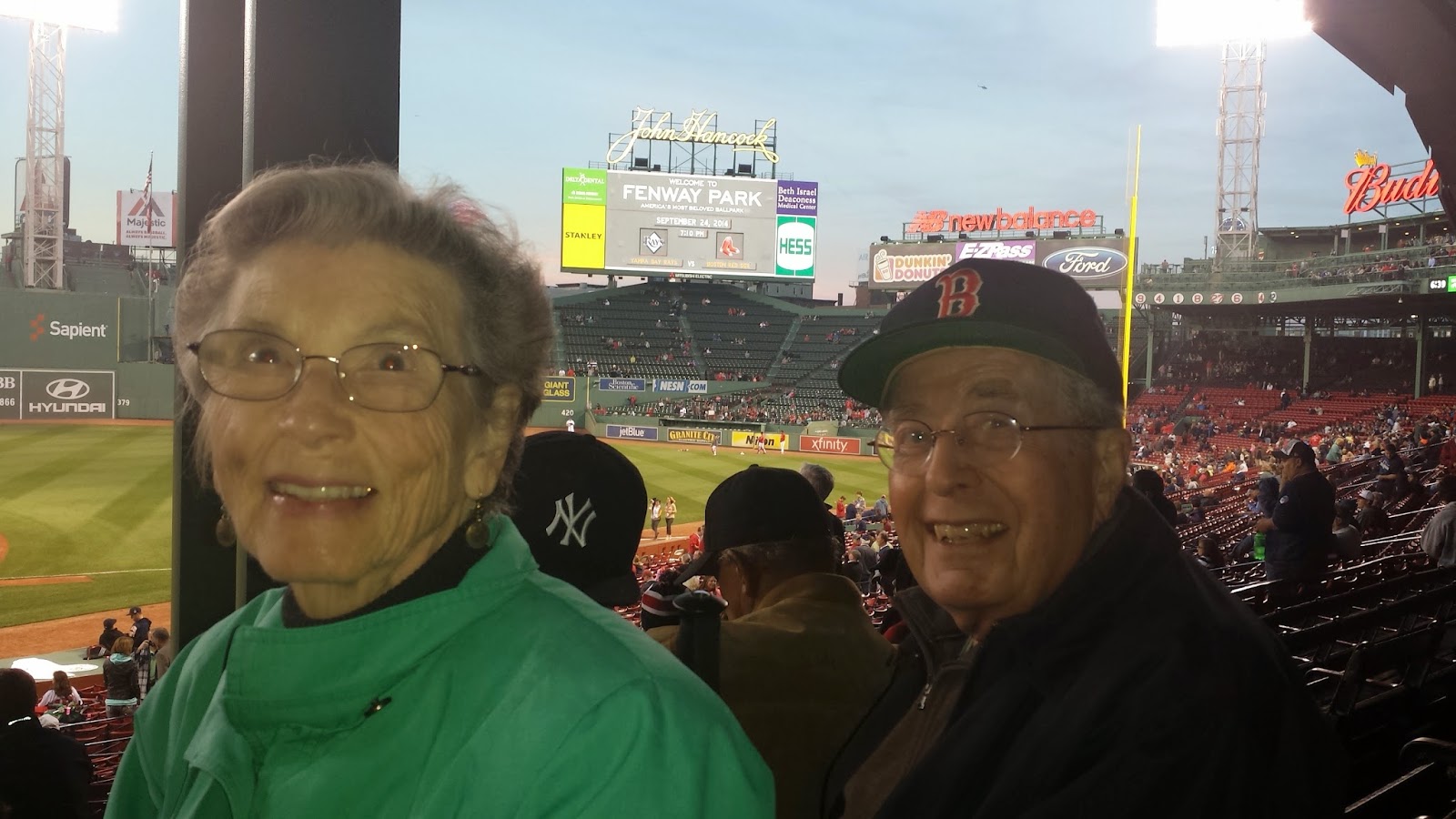 Posted by Anne@HeadFullofBooks at 8:08 AM