Summer may be over but all the reviews were not done, until now. 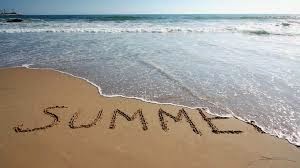 Summer may be over but I still need to review books I read in the sun. The last week of summer I read three fabulous YA books. All of them deserve their own book review but alas, no time. All of them deserve any and all positive attention they receive and I hope my voice will be heard in the chorus singing their praises.

Never Ending by Martyn Bedford
Shiv and her family are vacationing in Greece where her brother dies. Shiv feels responsible for his death. Months later she still can't move on from her grief and her guilt. Because of this she agrees to go to inpatient treatment at the Korsakoff Clinic which employs very controversial treatment methods. Told in alternating chapters between the past in Greece and the present at the clinic in England, the reader is strung along wanting to find out what really happened to Declan on that fateful day.
Bedford's writing is so descriptive and vivid it was more like watching a movie than reading a book. The ending is amazing but one has a lot of pain to get through to get there. This was the only book read this summer I couldn't read fast enough. Grade: A

Girls Like Us by Gail Giles
Quincey and Biddy are both graduates of the high school's special education program. They are also "graduates" of the foster care system. When they are placed together in a living situation it doesn't seem like it will work out since the girls are so different in character. Quincey is a good cook and a hard worker but she is also very critical and angry. Biddy is kind and simple but also very scared of people, especially men. Surprisingly they find that they can bring out the best and find ways to help each other. Told in alternating Quincey/Biddy chapters we get a lot of insight into the multiple ways that humans can make the world a better or a worse place for people with learning disabilities. As the story unfolded I found myself empathizing with both girls and cheering for them as they make their way in the world. Grade: B+/A-

She is Not Invisible by Marcus Sedgwick
Laureth Peak's dad has taught her a lot of things about patterns, logic, and coincidences. She has also taught her to be independent even though she is blind. When he goes missing and no one else seems to care or notice, including her mother, Laureth knows she has to find him herself. The only problem is how to get to New York via Heathrow airport by herself as a blind person? Benjamin, her seven year old brother is enlisted to help. Once they pass all the gates and they are actually in New York how will they find their father? And what if he is in trouble and needs help? The story develops into quite an exciting mystery.
I listened to the audiobook version of She is Not Invisible. The book is read by Anna Cannings, an actress who is blind. She read the book from braille. The listeners are told this from the outset and it made such an incredible impact on me as I listened. When Laureth, the character, talks about ways that people treat her like she is invisible, I couldn't help but wonder if Ms. Canning had similar experiences. It was very impactful. I highly recommend it, especially in this audio format. Grade: A-

Posted by Anne@HeadFullofBooks at 11:07 PM