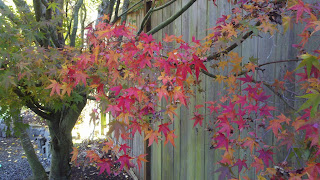 This past week: we had to pack up the whole bottom level of our house in preparation for the hardwood floor work that we need after the disastrous leaking dishwasher. Right now we are sitting among boxes filled with our books, food, dishes, and trinkets. The kitchen counters are full of things that we need to pack at the last minute, like the dog biscuits, cold cereal, and phone charger. It is a mess.

This coming week: we will have to take one cat to the boarder, take the dog to the neighbors, and deliver our "headcase" kitty to my daughter and son-in-law's house for care while we stay in a hotel for a few nights. Thursday I will head across the mountain for the yearly WLMA (Washington Library Media Association) conference in Yakima. Don will have to supervise the moving back in the house on Friday.

Prayers for: my library clerk. She just called to tell me that she was diagnosed with spinal meningitis after two weeks of thinking that she had just thrown her back out. She's been off work for three weeks and will likely be off for another two or three. Prayers for healing and for wisdom for her doctors.

Cool library moment: I rolled out the 2014 Mock Printz information this week, giving two different presentations during study support time. I had a record 51 students sign up to participate. I am so excited. There was so much energy in the library during the roll-out around reading and excitement about books in general. Several seniors who have been on the team for the past few years stopped by to comment on the palpable energy and their excitement about it.  Here is our Mock Printz reading list.

Only one book finished this week:
Currently reading:
Up next:

"I am so glad to live in a world where there are Octobers."
---LM Montgomery, Anne of Green Gables. 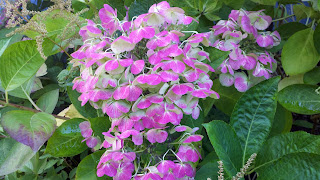 Posted by Anne@HeadFullofBooks at 3:45 PM