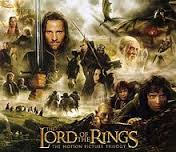 No Country for Old Men by Cormac McCarthy (2005) adapted for the big screen in 2007. Both the book and the movie are depressing as HELL but so well done.

Lord of the Rings by JRR Tolkien (1954) was adapted for the big screen by Peter Jackson in 2000s. Both the books and the movies are worth the time it takes to read/view them.


Gone With the Wind by Margaret Mitchell. The book is amazing and the movie has obviously stood the test of time. If you haven't read the book, I highly recommend it. (I'm assuming you've seen the movie, but if not, do!) 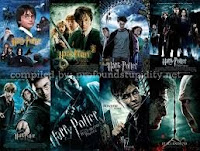 Harry Potter (all) by J.K. Rowling. My daughter might disagree since she always comments on what is left out of the films that were important points in the books, but I think both the books and the movies are magical. I really like how the actors aged as the characters aged.

The Great Gatsby by F. Scott Fitzgerald. I actually thought this latest adaptation of Gatsby was very good and I had just finished rereading the book before seeing it.

Holes by Louis Sachar. I love the book and the movie is fantastic.  Very true to the book.

The Help by Katherine Stockett. I loved both the book and the movie.

Eragon by Christopher Paolini. The movie sucks.  Don't watch it, it will make you not want to read the books.

How the Grinch Stole Christmas (The Grinch) by Dr. Seuss. The movie is over-the-top which overpowers the magical message of the book.

Memoirs of a Geisha by Goldman. The book is astonishing. The movie is boring.

The Golden Compass by Philip Pullman. The book is simply magical. The movie was disappointing.


Please enter to win my Blogoversary Giveaway!  For details follow the link here.

Posted by Anne@HeadFullofBooks at 9:05 PM