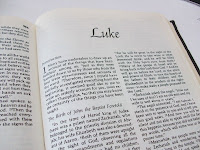 "In those days Caesar Augustus issued a decree that a census should be taken of the entire Roman world...And everyone went to his own town to register. So Joseph also went up from the town of Nazareth in Galilee to Judea, to Bethlehem..."

2. The Best Christmas Pageant Ever by Barbara Robinson

"The Herdmans were absolutely the worst kids in the history of the world."

3. The Shepherd, the Angel, and Walter the Christmas Miracle Dog by Dave Barry

"My name's Doug Barnes, and this stuff happened on Christmas Eve in my town, which is Asquont, New York. According to Mr. Purcell, who's my Social Studies teacher, Asquont is an Indian name that means some Indian thing like 'Hunting Place in the Green Forest,' but sometimes I think it was just a joke by the Indians to get white people to say 'Asquont'."

4. How the Grinch Stole Christmas by Dr. Seuss

"Every Who down in Whoville liked Christmas a lot...But the Grinch, Who lived just north of Whoville, did not."

5. A Christmas Story by Jean Shepherd
"Duel in the Snow, or Red Ryder Nails the Cleveland Street Kid"


Printed in angry block letter the slogan gleamed out from the large white button like a neon sign. I carefully reread it to make sure that I had not made a mistake


"DEAR EDITOR: I am 8 years old.
"Some of my little friends say there is no Santa Claus.
"Papa says, 'If you see it in THE SUN it's so.'
"Please tell me the truth; is there a Santa Claus? 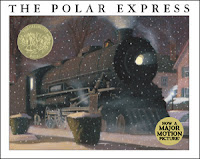 "On Christmas Eve, many years ago, I lay quietly in my bed. I did not rustle the sheets. I breathed slowly and silently. I was listening for a sound- a sound a friend told me I'd never hear- the ringing bells of Santa's sleigh."

9. Dash and Lily's Book of Dares by Rachel Cohn and David Levithan

"Imagine this: You are in your favorite bookstore, scanning the shelves. You get to the section where a favorite author's books reside, and there, nestled in comfortably between the incredibly familiar spines, sits a red notebook." 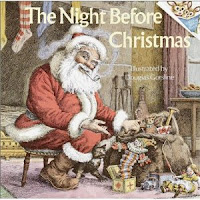 10. The Night Before Christmas by Clement C. Moore

"'Twas the night before Christmas when all through the house not a creature was stirring, not even a mouse." 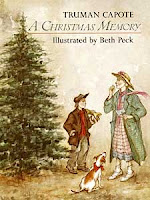 11. A Christmas Memory by Truman Capote

"Imagine a morning in late November. A coming of winter morning more than twenty years ago."

12. A Christmas Carol by Charles Dickens

"Marley was dead, to begin with. There is no doubt whatever about that."

"Christmas is the Christian celebration of the birth of Jesus, the Holy Child of Bethlehem, nearly two thousand years ago. But whatever your religious belief, the spirit of Christmas is love, and love is universal." 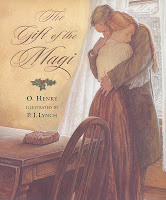 "One dollar and eighty-seven cents. That was all. And sixty cents of it was in pennies."

"Jo was the first to wake in the grey dawn of Christmas morning." 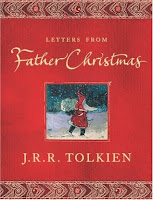 I heard you ask daddy what I was like and where I lived. I have drawn me and my house for you...Your loving Father Christmas 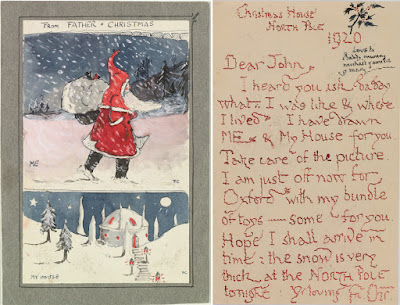 Most of these books/stories are favorites because I have enjoyed reading them aloud with my family sometime during the holiday season. Many of them were favorites of my children when they were young and they carry such fond memories for me. Yet many remain family staples today even though the girls are grown. Many we read aloud to each other every year.


What are/were your favorite holiday books/stories?

This was originally posted on Nov. 23, 2010 for Top Ten Tuesday at Broke and Bookish