Best Books of the Year Lists 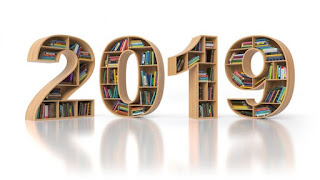 I love this time of year, don't you? The holidays are good but the end-of-the-year-best-books lists are great!

Here is what I have found so far (with a little commentary from me.)

New York Times Top Ten---This is the first book list I perused and I was surprised by the number of nonfiction titles---five of them. DISAPPEARING EARTH was mentioned first. Their top 100 list came out today. It is too overwhelming to look at that many books at once.

Library Journal---Top Literary Fiction. Check out their page for all their lists of favorites by genre.

Washington Post---Top Ten of 2019. The lists are so varied this year.

The Guardian Newspaper---Not sure how many books were on this list (I didn't count), but since this is UK publication there is less crossover than one would think and American Marriage was on the list, apparently it wasn't published in 2018 in the United Kingdom like it was here.

New Yorker---Top ten. My experience with lists made in New York is that they are often New York City strong. Not sure about this one. Just sayin'.

Publisher's Weekly---They have lots of genre lists of best books. Check them all out, if you have time. Only TRUST EXERCISE and NICHEL BOYS have been listed in other top ten lists.

Lit Hub's Ultimate List of books on the most lists in 2019. ON THE EARTH WE'RE BRIEFLY GORGEOUS and NICKEL BOYS were the highest, making 21 end-of-year lists a piece. Making 20 lists were NORMAL PEOPLE and FLEISHMAN IS IN TROUBLE.

Based on the fourteen lists I've linked here, these books showed up most often: NICKEL BOYS (9); ON THE EARTH WE'RE BRIEFLY GORGEOUS and  TRUST EXERCISE (8 each); YELLOW HOUSE (7); FLEISHMAN IS IN TROUBLE (6); and DUTCH HOUSE (5). My book group had read Nickel Boys and Dutch House, but I am thinking we should read the other top-top books.

Note: I did all this work, then I found this...Bests of 2019: Your Guide to All the Best Books Lists.
This guide has lots of lists I didn't link and they have children's and YA lists, too. Have fun perusing it.


And now this...Books are My Favourite and Best has analyzed 56 publications to find the top 50 books of year. She found that NICKEL BOYS and FLEISHMAN IS IN TROUBLE were on the most best-of lists, making 30+ of them. WOW. Guess we'd all best drop everything and read these two books.

Posted by Anne@HeadFullofBooks at 7:53 PM