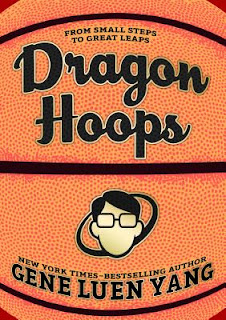 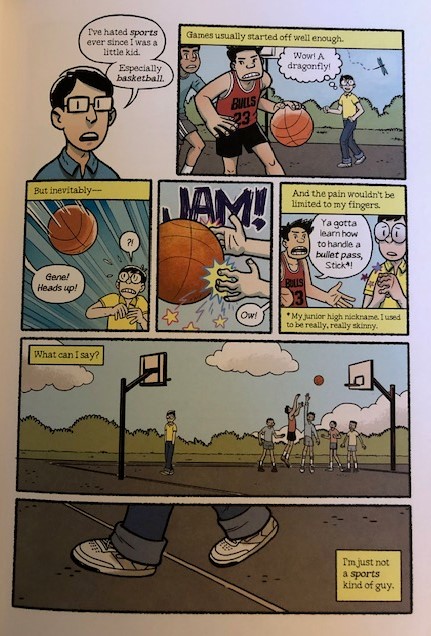 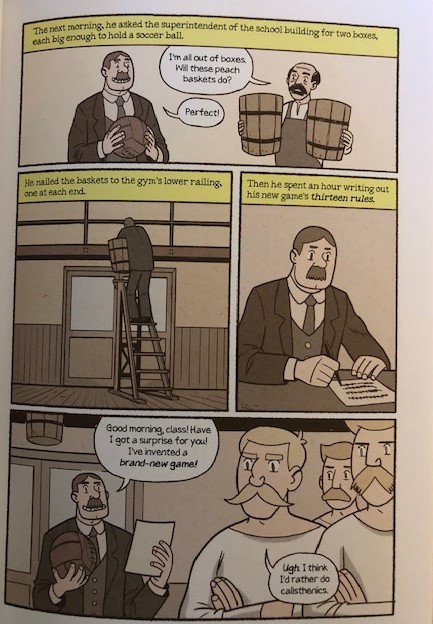 Summary: Graphic novelist Gene Luen Yang has created another masterpiece with award-winning Dragon Hoops which follows the real-life Bishop O'Dowd Dragons basketball team on their quest to win the California State Championship in 2015. The book not only chronicles the high school team's basketball season, it also gives a history of basketball from its inception through all kinds of historic changes for women, races, and rule changes. It also takes an up-close-and-personal look at some of the players and coaches on the O'Dowd team and beyond. Yang inserts himself into the story, too. As a teacher at O'Dowd he chronicles his own transformation from a non-sports fan to a basketball fanatic.

Review: I read this book over two weeks ago and the longer it has simmered in my brain, the more I like it. In fact, in a lot of ways I think the book is downright fantastic. Here is what I liked---

Posted by Anne@HeadFullofBooks at 4:44 PM