Best Nonfiction Reads of the Past Decade 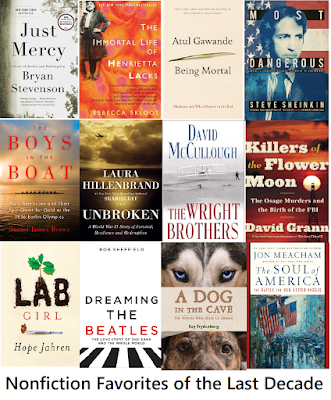 Here is my promised list of favorite nonfiction titles read and published in the last decade. I decided to leave Memoirs off the list. How knows? Maybe I will create a list of my favorite Memoirs of the decade soon. I hyperlinked the titles of those books I reviewed. The books I've selected represent those books which have stayed with me or I've referenced frequently in the past years. I recommend them all highly. Sorted chronologically.
What are some of your favorite nonfiction titles published in the last decade?

Posted by Anne@HeadFullofBooks at 12:46 PM