Top Ten Tuesday: My favorite books read in 2017, so far,
in reverse order that I read them.

Strange the Dreamer by Laini Taylor
c. 2017,  YA, first book in a series 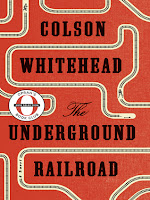 The Uninterrupted View of the Sky by Melanie Crowder
c. 2017, YA, novel based on facts

Top Ten Tuesday is hosted at Broke and Bookish.

Posted by Anne@HeadFullofBooks at 8:51 PM