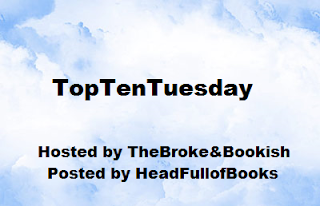 This will be my first time in 55 years in which I will not be going back-to-school as either a student or a teacher.  I know I will miss it. Today I am highlighting books that contain at least one memorable scene in a classroom or somewhere on the school grounds.

1. Simon v the Homo Sapiens Agenda by Becky Albertalli
Simon is "outed" at school because he inadvertently left his email open on a school computer and another student found his email which left no doubt to his sexuality. Luckily he has friends at school who accept him for who he is. (c. 2015)

2. To Kill a Mockingbird by Harper Lee
Scout is eager to attend school but on the very first day she annoys the teacher because she already knows how to read. Then the teacher goes on to shame a boy who doesn't have any lunch or money for food. One of the magical things about this classic book is how the author captures the world as viewed through the eyes of a child. (c. 1960)

3. Lucy and Linh by Alice Pung
Lucy is Asian-Australian. Her parents work hard but don't have enough money to pay for the elite girl's school they want her to attend. Lucy is offered a scholarship to attend the school but is often treated as the "scholarship girl" or a second-class student, or worse, as the representative of all Asian people. (c. 2014)

4. Exit, Pursued by a Bear by E.K. Johnston
Hermione Winters is the captain of the cheer squad at school. During camp the summer before her senior year, she is raped. The whole school finds about it and her year doesn't turn out the way she wants or expected but throughout the ordeal she is never abandoned by her best friend. (c. 2016)

5. All the Bright Places by Jennifer Niven
The story begins in the school's bell tower where two students coincidentally have gone to kill themselves, instead they save each other. They then go on to form a relationship because of a class project to explore something special about the state of Indiana. (c. 2015)

6. Looking for Alaska by John Green
Miles is a new student in the Culver Creek Boarding School where he makes friends with a fun bunch of students who love to play pranks. Among the friends he meets Alaska Young who steals his heart. (c. 2006)

7. Eleanor and Park by Rainbow Rowell
Eleanor and Park begin a friendship by sitting next to each other on the school bus. In the beginning they mainly just share music, but soon a relationship blooms out of the friendship of these two misfits. (c. 2013)

8. The Vigilante Poets of Selwyn Academy by Kate Hattemer
Ethan and his friends attend an arts academy which has been hijacked by a reality TV show. In an effort to get their school back, the students start publishing an underground newspaper which contains a long poem to protest the TV show. (c. 2014) 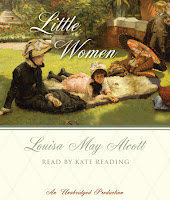 9. And We Stay by Jenny Hubbard
In a memorable and horrifying scene Emily's boyfriend kills himself in the school library. Guilt-ridden, Emily is finally sent to attend school in Amherst, Massachusetts at a boarding school near where Emily Dickinson lived. Here she gets help from a few quirky new friends and the famous poet herself. (c. 2014)

10. Little Women by Louisa May Alcott
Early in the book, Amy, the youngest of the four sisters, goes to school and gets in trouble over a situation with limes. Marmie gets so angry over the way the teacher handles it that she pulls Amy out of school to home-school her. (c. 1868) 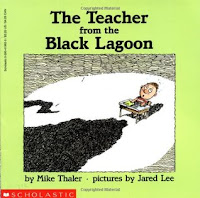 11. Anne of Green Gables by L.M. Montgomery
Many of the scenes in this marvelous series take place in the small school which Anne attends. She meets most of her friends at school. (c. 1908)

Can you think of any books which contain memorable scenes that take place in a school?

Posted by Anne@HeadFullofBooks at 11:07 AM