Anna and the Swallow Man by Gavriel Savit 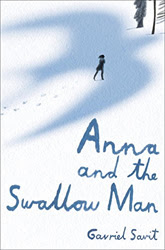 Anna Lania is a happy little seven-year-old Polish girl in 1939. She lives with her father, a college linguistics professor who encourages her to learn and speak many different languages. One day her father leaves her with a friend so he can attend a meeting at the college. He never comes back. The Nazis round up all the professors and send them to a concentration camp in an effort to rid Poland of its intellectual elites. Anna, orphaned and alone, decides to follow the only person who is kind to her, a man we come to know only as the Swallow Man. He and Anna team up and wander the forests of Poland for four years in an effort to survive and to evade both the bears and the wolves (Russians and Germans.) Along the way Anna and the Swallow Man encounter other people who come into their lives and stick around for a while, each contributing color and texture to the narrative. When they are joined by Hirschl, a Jewish escapee from a nearby ghetto, the Swallow Man is forced to address his own feelings about what matters in life. Before the end of the war Anna and her Swallow Man are forced to part and the reader is left with questions as to what happens next.

I read Anna and the Swallow Man by Gavriel Savit several months ago. I launched into my reading thinking it would be yet another WWII story with a holocaust twist. I was surprised there was very little actual war story stuff in the book. The pair were surviving outside and were eluding wolves and bears who would destroy them but little war language makes its way into the narrative. Because of this I didn't know what to make of this story. Was I seeing war through a child's eyes or was I just missing something?

When I learned that the book has been described as part magical realism and part fairy tale I started to understand a bit more of what I missed. There certainly are magical aspects of the book, many associated with childhood and a young girl trying to make sense of a world which doesn't make sense anymore. And on reflection, the book does have many elements which are often found in the European fairy tales I know. There are always characters who reveal their true natures only after a measure of trust has been given. And the forest. There are always forests in fairy tales where bad stuff happens. Now I am beginning to see a whole other side to this tale.

One of the things I appreciate about writing reviews for books I have been reading is how the whole process forces me to dig deeper, to try harder to gain insights into the narrative, to search further for the truth which the author hopes I will find. Sometimes I think I have done my homework and have, at least to a small degree, uncovered some important truths hidden in the book. This is one of those times. But I did not arrive at these conclusions on my own. I read an excellent review of Anna and the Swallow Man by Elizabeth Wein published in the New York Times. Wein identifies magical and fairy tale elements I totally missed. It helped me to see the book more as an allegory than as a straight narrative.


Little of the plot is linear. It’s more anecdotal, describing habitual patterns in the lives of the two main characters as they wander and survive. But while the novel’s action is simple, its emotional impact, drive, narration, character development and resolution are elaborately layered (Wein, NYT)

I also found an author interview conducted by the Jewish Book Council. This is Gavriel Savit's debut novel. Savit addresses a point I often think about. Just because a book is about a child character does not mean it is a children's book. Though there is nothing too terrifying so it could be read by older children or young teens, I think the book with its nuanced complexities will be more appreciated by adults. When asked about the holocaust aspect of the story, Savit says,


It seems to me, however, that human beings live full lives even in the most atrocious of situations, and it’s somewhat regrettable that it’s not always possible to see the nuance in human experience within these terrible situations. That, I feel, is one of the most fascinating things: How do you grow up surrounded by this horrible danger? But maybe the answer is simply: What is the alternative? (Schindel, JBC)

I encourage you to read Wein's review and Savit's interview before you read Anna and the Swallow Man. I like the book better now in retrospect since reading them myself.

Disclaimer: I listened to the audiobook of Anna and the Swallow Man, purchased with my own funds. 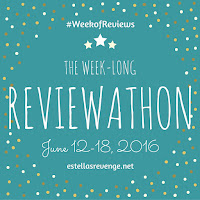 Posted by Anne@HeadFullofBooks at 8:42 AM