A few thoughts on The Nightingale by Kristin Hannah 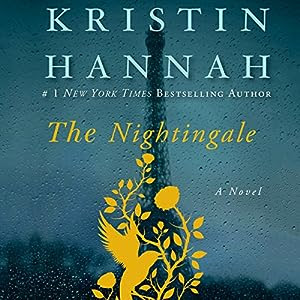 I finished The Nightingale by Kristin Hannah after a four-hour marathon listening session today. Let me explain how that was possible. This morning school was cancelled due to a large number of our school district buildings being without power. My unexpected day off of school gave me an opportunity to finish the audiobook which was due back to the library in two days even though I still had hours of listening left to go. I cued up my iPod and listened while I cleaned the kitchen, while I finished putting out the Christmas decorations, and while I played a few computer games. Four hours later I was finished with the book and determined to write down a few of my thoughts while they were fresh.

Posted by Anne@HeadFullofBooks at 8:28 PM