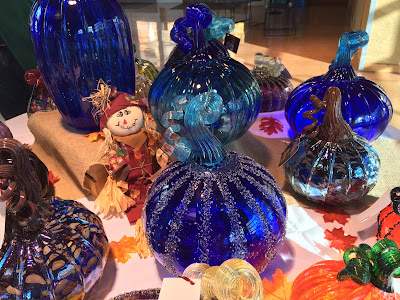 Weather: It rained REALLY hard here yesterday. We had a few small ponds develop in the backyard. Today it looks overcast, more rain is predicted.

Sad week: This past week two of my colleagues died. For those of us on staff at my school it was like receiving a one-two punch. We were all staggering around trying to stay upright. Really sad circumstances, too.

Love up on your friends and family while you can: a line from the Maya Angelou poem, "When Great Trees Fall", keeps coming to mind and reminds me to make those calls and take those walks...
Our memory, suddenly sharpened,examines,gnaws on kind wordsunsaid,promised walksnever taken...

Football: in the good news department, my high school's football team won their game on Friday night and beat the cross district rivals to have an undefeated season. They now go into the playoffs at the state level.  Go Eagles!

Halloween candy...we handed out candy to about 150 trick-or-treaters last night. That's a lot of candy!

A Wonderful list: 50 of the most beautiful sentences ever written. Take the time to savor them. (Open them in a new browser.)

Happily listening to a bark muffled by a giraffe stuffed toy...Muffy is doing great and she is so happy and frisky these days.  It is as if we have our dog back! Narrows Bridge/Gallopin' Gertie---yesterday my friend Sharon and I drove over the Narrows Bridge across the Puget Sound en route to Bremerton for the funeral. Signs were flashing, warning us of severe side winds. We still drove across and were fine.  When I got home I learned that this week is the 75th anniversary of when The Narrow Bridge turned into Gallopin' Gertie.

Posted by Anne@HeadFullofBooks at 12:47 PM