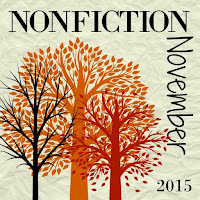 Week 2, Nonfiction November,
Book Pairing: Match a fiction book with a nonfiction book that you would recommend.


I love this question. I hope my readers will indulge me if I a suggest more than one pairing. 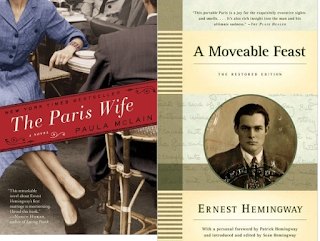 Pair #1
The Paris Wife by Paula McLain,
a fictional account of Hemingway and his first wife and the years they lived in Paris,
with
The Moveable Feast by Ernest Hemingway
essays and accounts written by Hemingway during the same time period about his marriage to his first wide and their life in Paris and his interactions with other famous authors and people of the day. 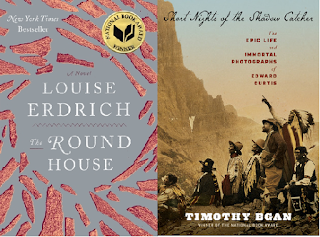 Pair #2
The Round House by Louise Erdrich
a mystery novel set on an Indian Reservation which also addresses issues for native people around the loss of their culture and the inequality of rights and laws.
with
The Short Nights of the Shadow Catcher by Timothy Egan
About Edward Curtis who, around the turn of the 20th Century, was so concerned about what he saw was happening to native culture that he set out to photograph the tribes before they were completely assimilated into the culture in general. It became the focus of his life's work. 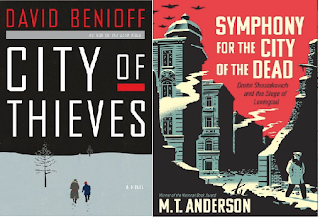 Pair #3
City of Thieves by David Benioff
A novel set in Leningrad during WWII with unexpected humor.
with
Symphony for the City of the Dead by M.T. Anderson
About Dmitri Shostakovich a famous composer who lived in Leningrad during the first year of the siege on the city by the Nazi army. He wrote a symphony for his beloved city to give them hope and strength. 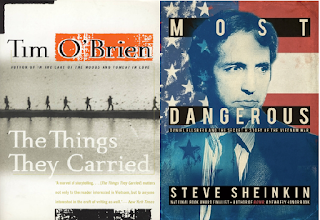 Pair #4
The Things They Carried by Tim O'Brien
Soldiers in Vietnam carried things from home in their pockets and witnessed atrocities while they fought the war in Vietnam. Though O'Brien was a soldier in Vietnam this is a fictional account of his experiences. Not to be missed.
with
Most Dangerous: Daniel Ellsberg and the Secret History of the Vietnam War by Steve Sheinkin
Published this year, this nonfiction book is about Daniel Ellsberg and how he broke out the damning papers known as the Pentagon Papers, or the Secret history of the Vietnam War. I'm about half way done with this YA book and I'm super angry. 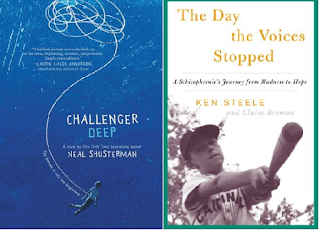 Pair #5
Challenger Deep by Neal Shusterman
A fictional account of a boy's descent into madness and his recovery back to sanity.
with
The Day the Voices Stopped by Ken Steele
A memoir about Ken's experiences with schizophrenia and how he finally found a treatment to stop the voices which had been chatting away in his head for years. This book helped me understand the serious effects of schizophrenia and gave me compassion for its victims.

What did I read this past week for Nonfiction November?


Want to participate in Nonfiction November? Sign up over at Sophisticated Dorkiness.