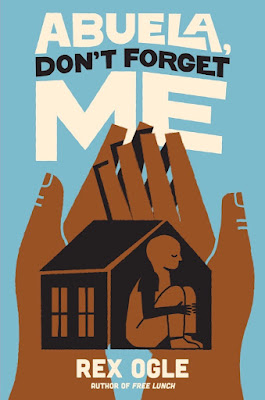 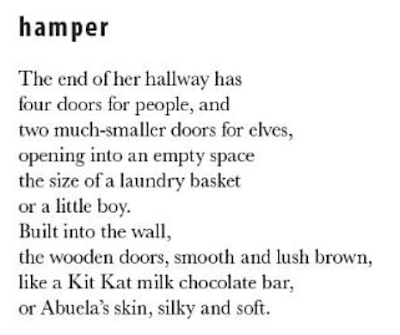 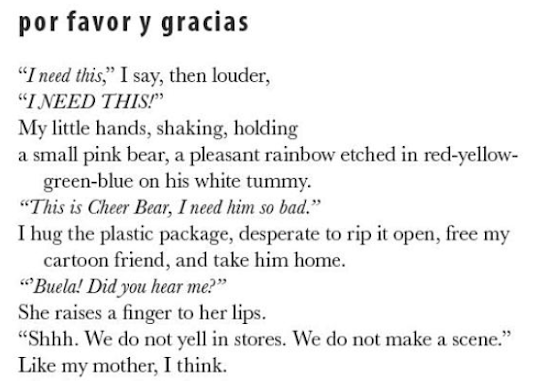 In his award-winning memoir Free Lunch, Rex Ogle’s abuela features as a source of love and support. In this companion-in-verse, Rex captures and celebrates the powerful presence a woman he could always count on—to give him warm hugs and ear kisses, to teach him precious words in Spanish, to bring him to the library where he could take out as many books as he wanted, and to offer safety when darkness closed in. Throughout a coming of age marked by violence and dysfunction, Abuela’s red-brick house in Abilene, Texas, offered Rex the possibility of home, and Abuela herself the possibility for a better life. Abuela, Don’t Forget Me is a lyrical portrait of the transformative and towering woman who believed in Rex even when he didn’t yet know how to believe in himself. (Publisher)

Review: Last year I was a Round 2 Cybils Award judge for high school nonfiction books. The winner from the batch of six excellent nonfiction books we read was Rex Ogle's second memoir, Punching Bag, a sequel to Free Lunch. Now that I am a first round Cybils Award judge for poetry books I am delighted to find a third book by the same author and continuation of Ogle's memoir series about his formative years and how, to a large degree, his grandmother saved his life, Abuela, Don't Forget Me.

As a first round judge this year I have read 30 novels-in-verse/memoirs-in-verse in a very short time. Most of these books haven't distinguished themselves very much, blurring into a collective blob of "I know I read that book but I can't recall many details from it." But that is not the case with Abulea, Don't Forget Me. Right from the first poem, "Hamper", I knew this book had that something special which would make it very memorable in my mind.

Rex Ogle's mother was the black sheep of her family and mentally ill. His father left the family and was only marginally a part of Rex's life. Since Rex is telling the story from the point-of-view as a child there is never any discussion in the book about what was wrong with his mother we just learn that she is both physically and emotionally abusive to her children, especially to Rex, and they usually live in a state of abject poverty. When Rex is allowed to visit his grandmother he finds total love and acceptance. She teaches him to speak some Spanish, a language his mother has abandoned and forbids him to use at home. Abuela continually says to Rex “Te amare por siempre” (I love you forever) to him. Everything else in his life is so conditional, it is such a relief to fall into the arms of one who loves him unconditionally.

This memoir-in-verse is so heartbreaking for the dastardly way Rex's mother treats him, but also so life-affirming for the salvation that he receives through his grandmother. We learn in the prologue that Ogle's abuela is now suffering from dementia. Rex wants to make sure that his abuela doesn't forget him and how much he loves her.

The three-part series (Free Lunch, Punching Bag, and Abuela, Don't Forget Me) is a must for any library collection that services teens. Abuela, Don't Forget Me could easily be read as a stand-alone as well. The operative word is "read." Read this one, for sure. (I listened to the audiobook. It was excellent also!)

Posted by Anne@HeadFullofBooks at 12:26 PM