Reviews: Novels-in-verse with a LGBTQIA+ theme 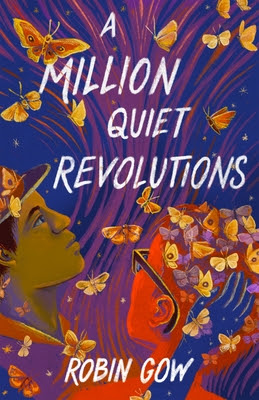 For as long as they can remember, Aaron and Oliver have only ever had each other. In a small town with few queer teenagers, let alone young trans men, they've shared milestones like coming out as trans, buying the right binders--and falling for each other.

But just as their relationship has started to blossom, Aaron moves away. Feeling adrift, separated from the one person who understands them, they seek solace in digging deep into the annals of America's past. When they discover the story of two Revolutionary War soldiers who they believe to have been trans man in love, they're inspired to pay tribute to these soldiers by adopting their names--Aaron and Oliver. As they learn, they delve further into unwritten queer stories, and they discover the transformative power of reclaiming one's place in history (Publisher).

Review: Now more than ever before I believe we need books about all types of people in our school and public libraries. If I can't relate to a book doesn't mean that book doesn't have a important message for someone else. That is the way I feel about this book about two trans individuals who are trying to make their way in the world without much support from their families and none from their communities. How dare I consider this less worthy than a book about a cis-gender young love affair? As I read a few reviews by other readers on Goodreads, I was really struck by two notions. 1. We need books that speak to everyone. The more, the better. 2. Who has been written out of history? Aaron and Oliver find solace in the story of two women who dressed as men and fought in the Revolutionary War. After the war, they lived together, telling others they were brothers. Perhaps if all peoples histories were included in our history books we would all be more accepting of people who are different than us.

My one criticism of the book has more to do with format than subject. Though this novel-in-verse employed a clever technique to establish who was speaking based on the justification of the print on the page, the speaker would often tell the other's side of the conversation by using the term "you". "You" said this or "you" did that. It got confusing. Otherwise I do recommend this book to those individuals who are questioning their sexual identity or want to understand more fully how difficult it is for an individual to express their uniqueness when it comes to genders. 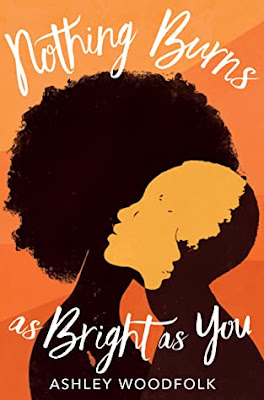 Nothing Burns As Bright As You by Ashley Woodfolk
Versify. 2022
Print and audio. 288 pages. YA+

Nothing Burns as Bright as You is an impassioned story about queer love, grief, and the complexity of female friendship that will keep your heart racing, and breaking, until the very last page.

Two girls. One wild and reckless day. Years of tumultuous history unspooling like a thin, fraying string in the hours after they set a fire.They were best friends. Until they became more. Their affections grew. Until the blurry lines became dangerous.

Over the course of a single day, the depth of their past, the confusion of their present, and the unpredictability of their future is revealed. And the girls will learn that hearts, like flames, aren’t so easily tamed. It starts with a fire. How will it end? (Publisher)

Review: In terms of poetry Nothing Burns Brighter Than You is a real stand out among novels-in-verse. In terms of plot and story, I had a very hard time with this book. First the two girls who have fallen in love are NOT in a healthy relationship with each other. One is pushy and dominant and asks of the other to do things and behave in a way that is counter to the way she is brought up and against her own conscience. Yet, because of the sick relationship that the girls have formed, she goes along with the plans which often involve fire.

When I was in college I was in an unhealthy relationship with a boy who demanded that I, too, go against my own conscience and the way I was brought up. We had a very passionate but also sick relationship. When I read these girls story I was drug back in my memory to that time and to those feelings which have haunted me for years. Ashley Woodfolk, the author, said in her afterward that she wanted to write a book about queer relationship as she groped around to try to understand some of her past relationships, many of which were much more controlling than loving. This book, therefore, stands as an example of what a bad relationship looks like. I am just not sure it is a good example to follow.

Posted by Anne@HeadFullofBooks at 11:33 AM