Review: THE NETANYAHUS: AN ACCOUNT OF A MINOR AND ULTIMATELY EVEN NEGLIGIBLE ACCOUNT IN THE HISTORY OF A VERY FAMOUS FAMILY 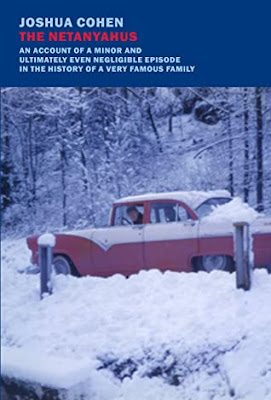 Title: The Netanyahus: An Account of a Minor and Ultimately Even Negligible Account in the History of a Very Famous Family by Joshua Cohen 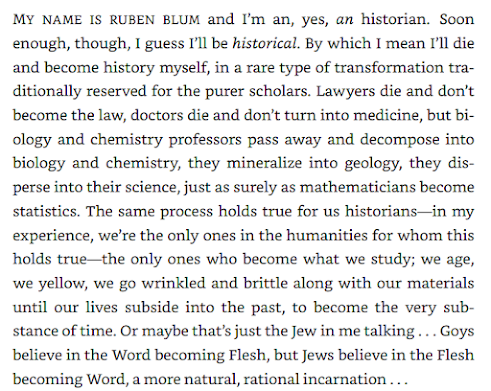 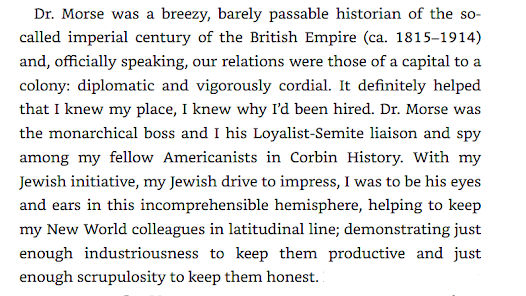 Summary: The Netanyahus is a fictionalized account of an actual event involving the famous Natanyahu family. In this novel, the father of Israel's longtime prime minister Benjamin Netanyahu, Benzion Netanyahu interviews for a teaching position at Corbin University (fictional)and Rubin Blum, a professor of American History is asked to be the head of the hiring committee not because of his expertise but because he is Jewish.

The day that Benzion Netanyau arrives for his department interview and guest lecture it is snowing very hard. Unbeknownst to Blum who made the arrangements, Netanyahu arrives with his "horrible wife and children" who are all unprepared for the weather and have monstrous manners.

In preparation for the interview, Blum reads up on Jewish history, as viewed through Netanyahu's eyes which differs from what other academics see as history of the Jews in the Iberian peninsula, what many of us know as the Spanish Inquisition.

As dry as this summary sounds, the book is really quite humorous and I found myself enthralled by the story and the Jewish history I learned along the way. I also found Cohen's indictment of the snobbery of American academia to be refreshing.

Review:  In an afterword Joshua Cohen explains how come he decided to write a fictionalized story about a real family. He once interviewed the famous literary critic Harold Bloom, and that among the many stories and experiences Bloom related to him, he mentioned the time he came in contact with the Netanyahus when Benzion arrived for an interview at Cornell University. He elaborated very little. This is what Cohen remembered:

[Bloom] was asked to coordinate the campus visit of an obscure Israeli historian named Ben-Zion Netanyahu, who showed up for a job interview and lecture with his wife and three children in tow and proceeded to make a mess. Of all of Harold's tales, this was the one that stuck with me the most, perhaps because it was one of the last he ever told me, and following his death in 2019, I wrote it down, and in the process found myself having to invent a number of details he'd left out, and, due to circumstances I'm about to explain, having to fictionalize a few others.

So this book, The Netanyahus, is based, more of less, on an actual event. This, to my way of thinking, makes the story even funnier and more interesting. (And explains the subtitle, which, as you know, is a rare feature for fictional books.) I decided to read The Netanyahus because it won the 2022 Pulitzer Prize for fiction. It is Cohen's sixth novel and from my limited research I've learned that he has made a name for himself as a sartorial writer. As you can see from the two samples, he writes long, complicated sentences, too. Though I felt that his sentence structures added to humor. I listened to the audiobook, read by three readers: Joshua Cohen, David Duchovny, Ethan Herschenfeld . Oddly, I don't recall there was more than one narrator. I'm guessing their narration led to making the sense of humor so evident in the book.

I know that these types of books don't appeal to everyone, but if you are curious about what makes an award-winning novel, here is an excellent and very different option to feast on.

Posted by Anne@HeadFullofBooks at 12:15 PM