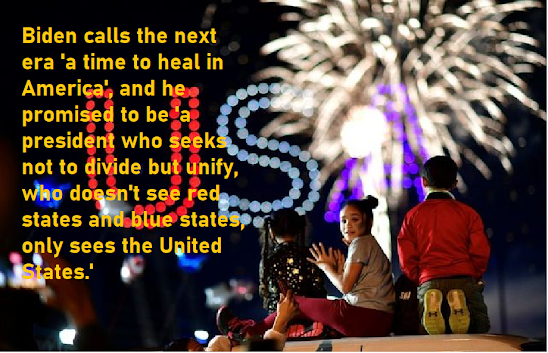 I spent the day Saturday, after the early morning announcement that Biden had won the presidency, victory scrolling the internet for more details on the happy news. After four days of anxious waiting to find out the results since election day on Nov. 3rd, it was a sweet, sweet announcement. I just couldn't get enough of the reports about the happy celebrations that broke out everywhere. Since I had been working on my usual Sunday Salon post all week, a lot of what I talked about on it related to "waiting" for results and the counting. I focused a bit of attention on Trump's lawsuits claiming election commissions should keep counting or stop counting the ballots. His lack of understanding about how a democracy functions is mind-boggling.

I posted my Sunday Salon, Biden Wins edition on Saturday morning, then surprisingly felt a jolt of energy and headed outside to prune the roses before the cold sets in. Periodically I had to stop and pinch myself. This really happened. Biden won. Our long four-year nightmare is nearly over.

Tonight as my family and I gathered to watch Biden's victory speech in his hometown, Wilmington, Delaware, it occurred to me that posting my Sunday Salon a day early was premature. I was witnessing the good stuff that should have been included in the post. So here I am typing out a special edition.

The World was watching and celebrating

Reactions by people of color to the Biden win

A few final words on Trump and the election 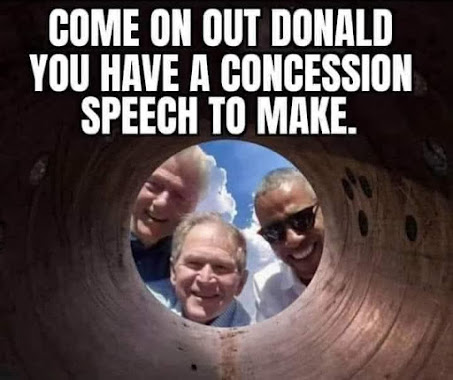 Signs of health and healing. The press is playing up the bad trouble that Trump-supporters are and will make about their dear leader losing. I remember what it felt like when Hillary lost in 2016. I went into a fairly deep depression for months. I'm guessing that indeed many of his followers are just sad and mad but will eventually just get back to life without too much trouble caused to society. Let's hope that is the case. It has to help that Biden addresses them every time he speaks: "I will be your President, too." "I know you are hurting and I hope to help heal those hurts."

One of many spontaneous parties that broke out all over the nation. This one is at a gas station with Mariah Carey belting out "All I Want for Christmas Is You." Yes, Biden, thank you for the early Christmas gift.

I knew we’d be happy but I didn’t realize we’d be spontaneous dance parties in the street happy. What a moment pic.twitter.com/8NsGheybEU

And just for fun, this comment from Mark Hamill aka Luke Sywalker... 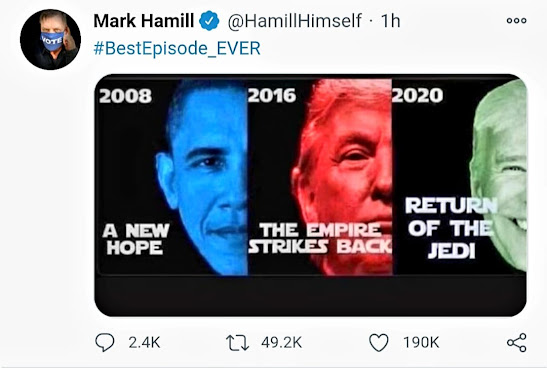 So once again, I sign off. This time with a happy and hopeful heart. Please leave a comment below to let me know your thoughts. Thanks for visiting and reading my blog.