Weather: Who cares what's happening outside? It is sunny inside!

Election: Several friends and family members send me items to include in this post, encouraging me to continue, at least for the time being, with some political thoughts and funnies. Here goes...

1. Biden is our President-elect!

America, I’m honored that you have chosen me to lead our great country.

The work ahead of us will be hard, but I promise you this: I will be a President for all Americans — whether you voted for me or not.

I will keep the faith that you have placed in me. pic.twitter.com/moA9qhmjn8

2. Kamala Harris is the Vice-President-elect. She will also be the first African American, the first Asian American, and the first female Vice President in U.S. history. Can I hear an amen? It's been a long time coming. 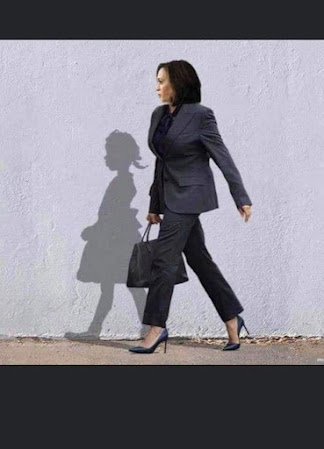 3. They were dancing in Philly, the city where the Declaration of Independence was written and signed. Very appropriate place to be the center of the win for Biden. (Twitter)

4. Van Jones breaks down in response to Biden win. Character matters. If you watch just one thing today on this blog, watch this. (CNN) (Thanks for pointing this one out to me,Kathy.)

5. Stephen Colbert breaks down in tears on his shows as he talks about Trump and his unwillingness to accept the election results and whipping up his followers to dispute the results. (Megaphone)

6. Counties with the highest coronavirus rates are also the the counties where Trump's election numbers are the highest. Following Trump and Fox News is deadly. (AP)

Musical Interlude: Friday, after Pennsylvania turned, we were finally ready to party with Kool and the Gang singing 'Celebration'

1. An oldie but goodie, fast forward to the 4 minutes mark. It seems very prescient. (President does want to go, Comedy Central.) Thanks, Kathy for this find.

2. The GOP put out a call on Twitter for people to report election fraud. This is the kind of response they got. You would think they would have learned their lesson after they tried in 2018 to set up a hotline to collect anecdotes of crimes committed by illegal aliens, only to have it quickly overrun by reports about space aliens.

3. When Georgia flipped for Biden, it seemed like John Lewis was smiling down on us, making 'good trouble' one more time. 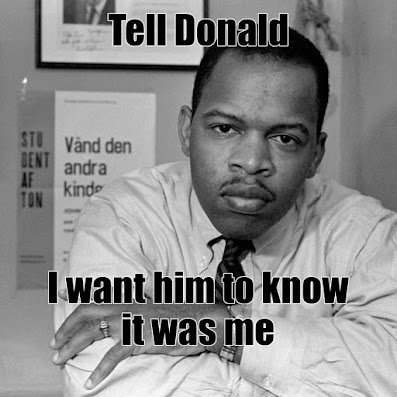 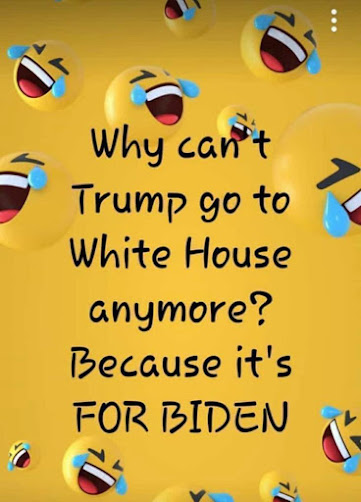 5. I hated group projects at school for this reason. Sent to me by a teacher friend. Thanks Sandy! 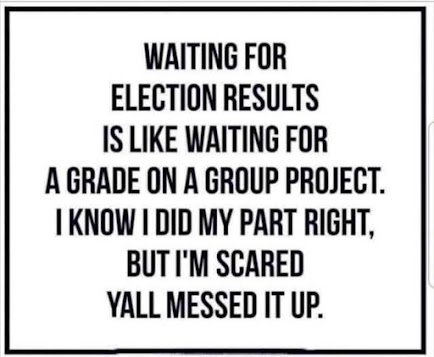 6. Man, I sure hope this isn't true for me, but we have certainly been eating comfort food around here. (Another contribution from Sandy.) 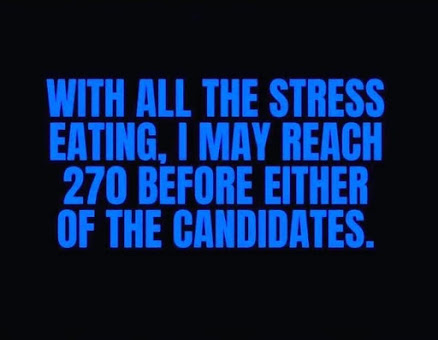 7. Nevada is taking FOREVER to count the votes. Here's why... 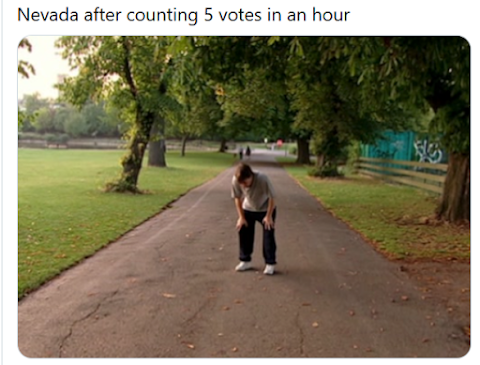 9. Concerning MAGA fans, it's time to talk about zombies. Deploy these tactics when dealing with them and remember: they are (mostly) human; try to find common ground; employ non-violent communication techniques; play the long game; and know your limits. 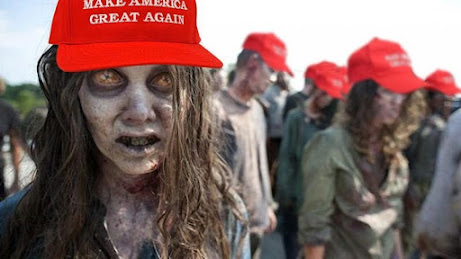 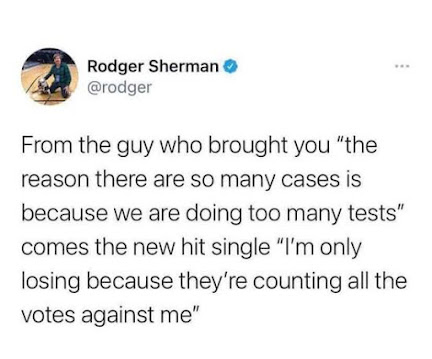 11. If you have watched MSNBC for the past few days you will understand this photo of Steve Kornacki. He never leaves the big board... 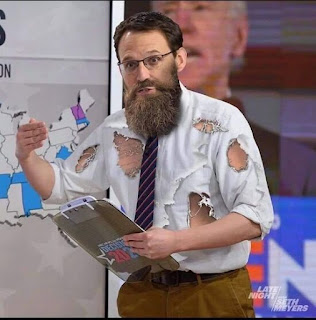 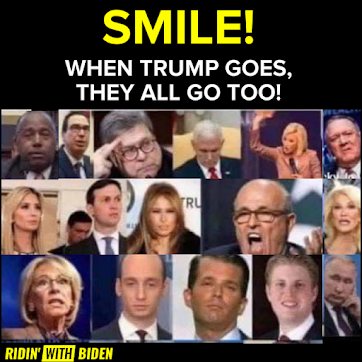 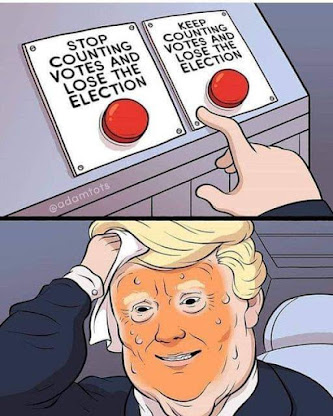 14. On Wednesday morning with the Trump team creating law suits everywhere it seemed like this would happen to us. (Thanks to my mother's cousin in Norway, Hroar, and my sister Grace for sending me this one. The world was watching our fiasco.) 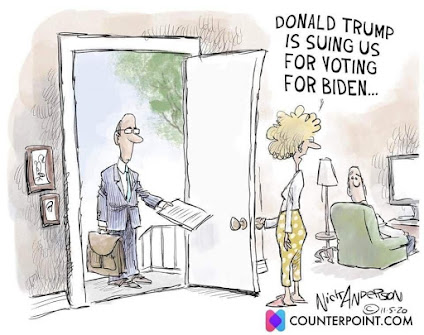 16. The process has begun and cannot be aborted. 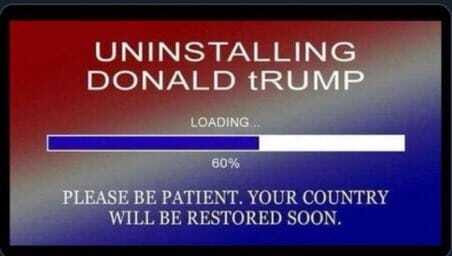 Well folks. Here we are finally. Biden has won and I can go back to my regularly scheduled Sunday Salon posts which deal mainly with books and funny family stories. Thanks for joining me these past several months. Remember, leave a comment below. Love ya!

Posted by Anne@HeadFullofBooks at 10:04 AM