In an attempt to catch up on past book reviews, here are a few short ones: 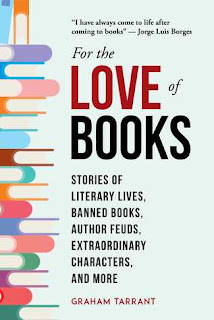 For the Love of Books: Stories of Literary Lives, Author Feuds, Extraordinary Characters, and More by Graham Tarrant (Skyhorse, 2019, 240 pages)

As the title does more than suggest, this book is full of stories about authors with each chapter fulfilling information on a theme. For example one chapter was about feuding authors while another was about literary felons. Ultimately For the Love of Books is a book about books—and the inside stories about the people who write them.

I found the book completely compelling, at least most of it---I just skipped those stories I didn't care about and felt no guilt whatsoever in doing so. I found myself reading aloud little snippets to my poor husband who was trying to do something other than engage with me on the topic of books and authors. Nothing earth-shattering happened and my life wasn't changed because of it, but I sure enjoyed it and found it to be a perfect indulgence in the age of pandemics when one has nothing much to do except read. My rating: 4 out of 5 stars. (Print source from public library.) 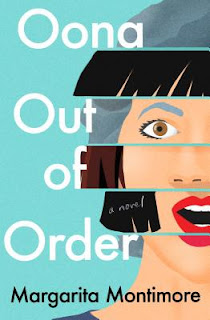 Oona Out of Order by Margarita Montimore (Flatiron Books, 2020, 339 pages)

Oona wakes up on New Year's Day in 1982, the day of her 19th birthday, and she is thirty-two years into her future. She is still Oona. Her mother is still her mother. She is just a lot older and she doesn't remember anything from her past except her first eighteen years. Every New Year's Day the same thing happens and Oona doesn't  know ahead of time where she will land on her timeline. Who will she be next year? A philanthropist? A young, hip twenty-something? A wife to a man she doesn't know? As we learn Oona's story so does she.

It seemed like the whole of blogdom was talking about this book earlier this year, so I had to read it. Now it doesn't seem like anyone is talking about it and I wonder why I did. Let's put it this way. The book provided a diversion to my small, pandemic-centic life but I wouldn't put it on any favorites lists. I didn't particularly like Oona or even feel much sympathy for her, at least in the early chapters. That was probably the problem. Anyway, the book is different than any I've ever read, and it was fun (odd) to wonder about living my own life out of order. I doubt I'd cope very well either. My rating: 3 out of 5. (Audiobook e-source available from the library.) 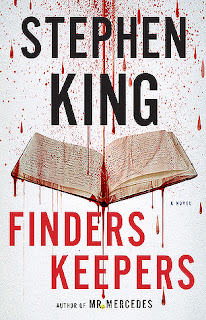 I am never sure how much of a summary readers want for mysteries. Because, um, won't summaries wreck the mysteries? Instead of telling you very much, here is a tiny little teaser... Finders Keepers is the second book in the Bill Hodges Trilogy. Bill Hodges is a retired cop who works on solving situations with an oddball assortment of colleagues---Holly Gibney, an OCD computer genius with few people skills, and Jerome Robinson, a now college freshman with lots of enthusiasm. Their company is called "Finders Keepers." In the first half of the book none of these characters make an appearance all. Instead we meet an author who is very popular but hasn't published anything for years, the man who commits a crime against him, and, many years later, a boy who unwittingly steps into the mystery. It is this boy who needs the help of Bill Hodges and friends.

My daughter and I listened to the audiobook on a long, hot drive from California to Washington State. We were pretty distracted by our drive and the uncomfortable conditions (no air-conditioning) so our judgment of the book is tainted. The book was authored by Stephen King, so immediately one knows there will be some really gory parts, and there were. Even though there were plenty of dragon's teeth along the way, enough so we had the mystery figured out before the climax, the tension of that climax was palpable. We were driving as fast as conditions allowed us and the action was happening at the same break-neck speed. Start with the first book in the series, Mercedes Man, because this book makes references to the action and characters in that book. My rating: 4.25 out of 5 stars. (Audiobook obtained e-sources through public library.) 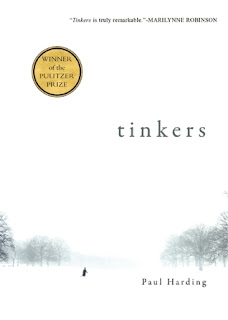 An old man lays dying, surrounded by his family in the home where he has lived most of his life. As he drifts in and out of consciousness his memories seem to intertwine with those of his father, an itinerant peddler, and his grandfather, a minister beset by madness.  His life as a clock repairman serves the reader with the symbolism of time running out.

I selected this read because it was the 2010 Pulitzer Prize winner for literature. Unfortunately that was the best thing it had going for it. The shifts in focus from man to parent to grandparent and back were completely confusing. It was impossible to like or even root for any of the characters because they were held so far at arms length away. Goodreads reviewers who liked the book speak of the writing as ethereal, other-worldly. Here is a quote from someone's review: "Tinkers often reads more like a poem than a novel, holding extended passages describing nature or recollection in huge, meandering sentences that carry meaning and feeling like a swollen river delivers silt. It is not an easy read." The only thing I would agree with this reviewer about is the last sentence: it is not an easy read. Every once in a while I would get the feeling that I knew what the author was doing--reminding us that the process of dying a dislodging of us from the present. For that, I suspect, the author won the big prize. But the book is too confusing to recommend to anyone. My rating: 2 out of 5 stars. (Print book that I own.)