Weather: Overcast this morning but it is supposed to clear up and be bright and beautiful later.

1. Military support for Trump has slipped a lot since 2016. In a recent survey done by Military Times more troops say they'll vote for Biden in 2020. Follow the link for more details. (Military Times) This is especially good news on the heels of the distressing news reported in the The Atlantic this week that Trump thinks US Military troops who died in war are losers and suckers. Note: The news out of The Atlantic landed like a thud and seems to have sprouted legs. Will this finally be the one thing that Trump does or says that upsets his followers? 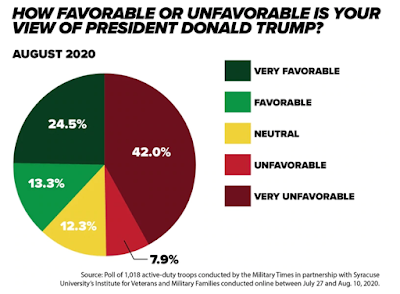 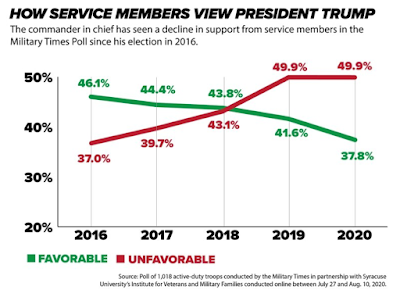 2. The granddaughter to Billy Graham, Jerushah Duford, says that many evangelicals are putting Trump before God and that is an insult to her grandfather's legacy. Read the article. She restores my faith as she analyzes the situation. (USA Today)

3. How to vote in every state. This is a guide to make sure you know how to register and to vote in your state. Spread this one around so it gets out to people who need it. It is sad how difficult some states make it to vote. (Slate)

4. Brandon Leake, on America's Got Talent- Sept. 1st, performs a powerful spoken-word message to his mother about being a black man in America today. Drop everything and watch this. (YouTube)

5.  A supercomputer analyzed COVID-19 data and an interesting new theory of what it does in the body has emerged. If you are up for a super long read, here is a very interesting one (Thanks to Margaret for sending me the link.) (Medium)

6. Companies are finding creative ways to encourage employees to vote and to make sure others can vote, too. 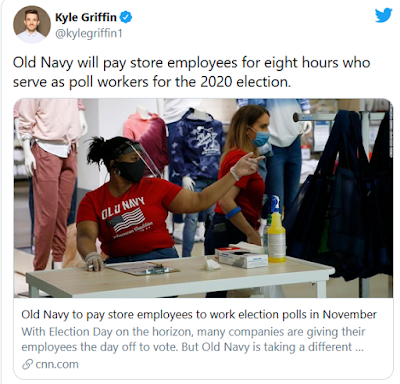 7. This is terrible news but may give people cause to switch parties and vote for Biden. 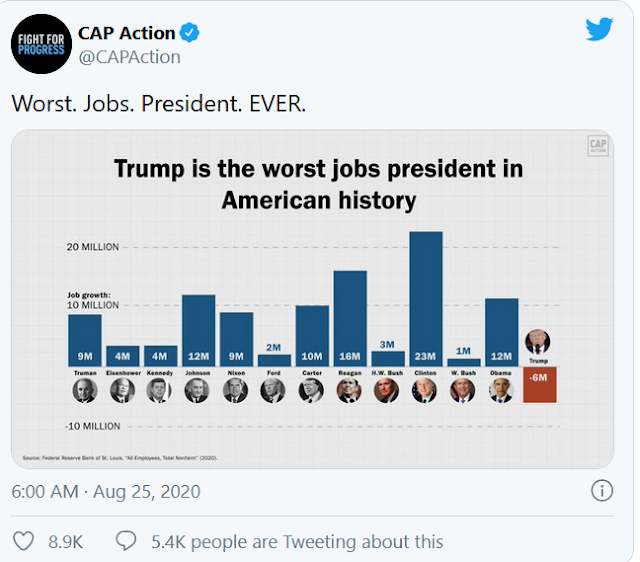 8. "@Faces of COVID" Twitter account. Tweets that honor those who have died from the disease. Here is an intro and feature about its creator on The Chris Hayes show. (MSNBC)

9. Unrelated good news: An ancient breed of singing dogs, thought to be extinct for the past 50 years in the wild, have been spotted in Papua New Guinea. Scroll down on the article to see a video of the song these dogs sing. (Gizmodo)

1. Here is the feel good video of the day that goes out to my grandson who rides one of those tiny bikes.

Guy’s security camera catches kid tearing it up on his driveway almost every day, so he decides to do something about it. pic.twitter.com/ZDVb7zLgZo
— Mike Sington (@MikeSington) August 27, 2020 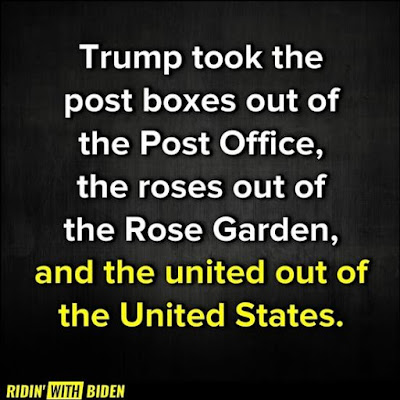 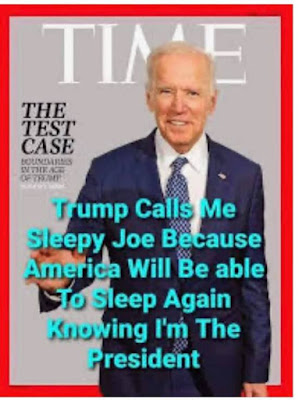 5. Ha-ha. My husband rolled his eyes when he read this one. 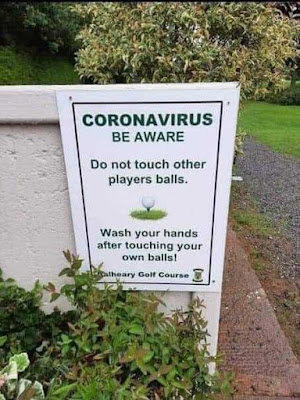 6. Schadenfreude: Four boats in a Trump-themed flotilla sunk yesterday. Could it possibly be foreshadowing of things to come for Trump and his campaign? Read this poem while humming the song "The Wreck of the Edmund Fitzgerald." Funny and clever. (DKos)

I appreciate your comments so that I know you visited this blog post. Let me know what you think of what is going on in politics, books, your family. Thank you.
-Anne
Posted by Anne@HeadFullofBooks at 9:42 AM