Top Ten Tuesday: Good movies about the lives of famous authors.
(I tweaked today's topic since I have already done print-to-screen favorites here.) 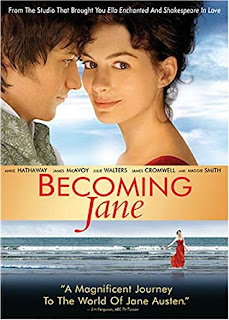 Movie: Becoming Jane (2007)
Based on the life of: Jane Austen
Books by this author: Pride and Prejudice, Sense and Sensibility, Mansfield Park, et al
Starring: Anne Hathaway
Why I liked it: I love anything by or about Jane Austen 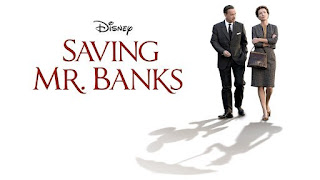 Movie: Saving Mr. Banks (2013)
Based on the life of: P.L. Travers
Books: Mary Poppins series
Starring: Emma Thompson
Why I liked it: I love Mary Poppins and Disney. This story explains a lot. 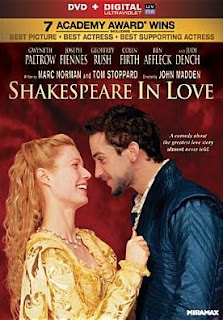 Movie: Shakespeare in Love (1998)
Based on the life of: William Shakespeare
A possible story about the writing of: Romeo and Juliet
Starring: Joseph Fiennes
Why I liked this: I like to imagine Shakespeare as Romeo, the setting was also fabulous 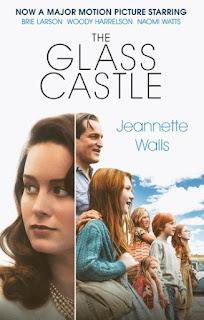 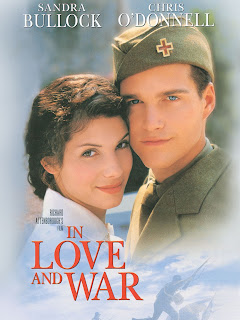 Movie: In Love and War (1996)
Based on the early life of: Ernest Hemingway
Book: For Whom the Bell Tolls
Starring: Chris O'Donnell
Why I liked this: Seeing Hemingway as a young man explains a lot about his later years 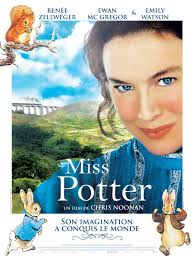 Movie: Miss Potter (2006)
Based on the life of: Beatrix Potter
Books: The Tale of Peter Rabbit, et al
Starring: Renee Zellweger
Why I liked this: Who doesn't love the art of Beatrix Potter? 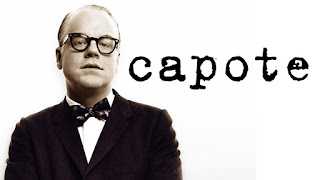 Movie: Capote (2006)
Based on the life of: Truman Capote
Book: In Cold Blood, et al
Starring: Philip Seymour Hoffman
Why I liked this: Capote and Harper Lee were friends. This movie expands on their friendship. 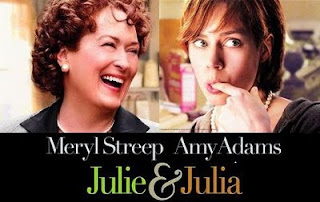 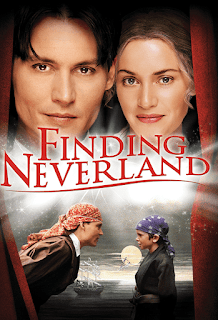 Movie: Finding Neverland (2004)
Based on the life of: J.M. Barrie
Books: Peter Pan series
Starring: Johnny Depp
Why: It seems possible that this is really how Peter Pan came into existence. 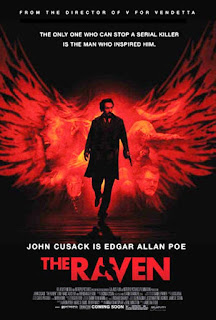 Movie: The Raven
Based on the last days of: Edgar Allan Poe
Short Stories and poems: "The Raven". "The Tell-Tale Heart", "The Pit and the Pendulum", et al
Starring: John Cusack
Why: Pretty gory but plausible explanation for Poe's untimely death. 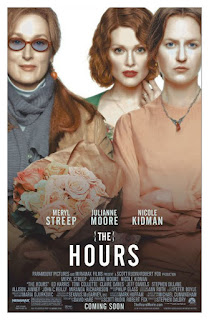 and though I have not seen it yet, I plan to see: 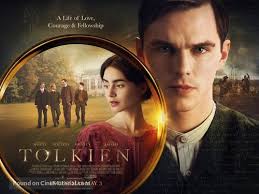 Movie: Tolkien (2019)
Based on the life of: J.R.R. Tolkien
Books: The Hobbit, The Lord of the Rings, et al
Starring: Nicholas Hoult and Harry Gilby (young Tolkien)
Why do I want to see it: I'm a big fan of his books and his imagination

When researching this topic I stumbled upon a few more movies about authors I want to see:
Sylvia (2003) based on the life of Sylvia Plath
The Man Who Invented Christmas (2017) based on The Christmas Carol by Charles Dickens
The Invisible Woman (2013) based also on Charles Dickens
Goodbye Christopher Robin (2017) about the life of A.A. Milne
Wild (2014) about Cheryl Strayed's walk along the Pacific Crest Trail

What movies about famous authors do you recommend?

Posted by Anne@HeadFullofBooks at 3:53 PM